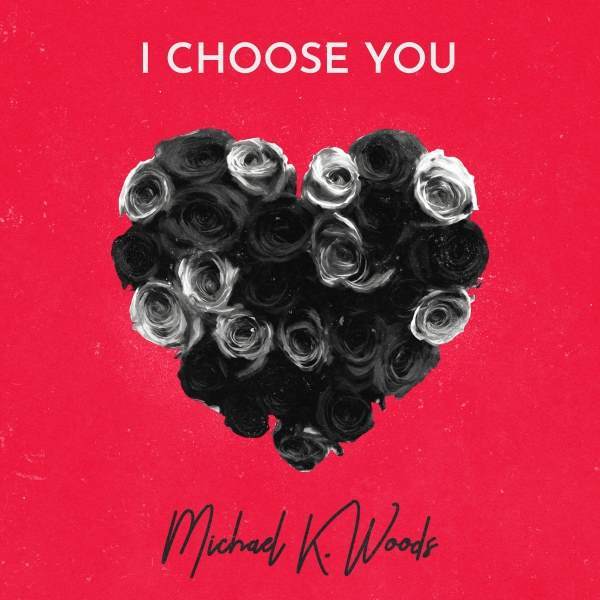 Brooklyn-based artist Michael K. Woods returns with another dose of delectable R&B in the form of ‘I Choose You’, an ode to the importance of both romantic and self-love.

Produced by Mantra (Rihanna, Lil Nas X, Lil Yachty, Sean Kingston), the track is deeply passionate, with a ruminating guitar riff playing as the backdrop for Michael’s impeccable vocal range. Oozing with emotion and desire, he conducts a soulful parade that features orchestral synths, rich choral harmonies and 80’s-esque keyboard, creating a lavishly textured single that encompasses the indescribable feeling of love itself.

Describing the inspiration behind the track, he quotes "In this world of dating apps and constant situationships, 'I Choose You' challenges us to know our worth, to work on ourselves, and then find that special someone who is deserving of us. When choosing someone to love, hold them close and don't lose them”. Written amidst the pandemic, Michael became intrigued by the concept of relationships whilst spending isolation alone, analysing how different life can be when somebody you love is by your side. “During the peak of COVID-19, I created the song in one day using Mantra's beat. I changed some things here and there leading up to my recording, but the melody and majority of the words stayed the same. Being single during COVID-19 is not fun, so I'm always in awe of couples who found love during this time or couples who still stayed strong during this crisis. This song was written during a dark time, but it always made me happy when I sang it. It gave me hope. I remember singing it to my family, and they loved it. From there, I moved forward with recording it”.

Born in Chicago and raised in Georgia, Michael grew up playing the piano in his local church, teaching himself by ear and incorporating intricate voice parts alongside his melodies. Inspired by his hometown and his religion, he sought out to fuse musical aspects of the church with Jazz, R&B, Pop, Electronic and Soul, using his personal narratives and the complexities of the world as influences within his songwriting. His 2020 project ‘Primal Instinct’ made the listener envision an afro-futurist world in which people understand each other and their differences yet live in harmony regardless of such and honed in on how our contemporary world is a driving force in the opposite direction. Michael also featured on the National ABC Television show ‘Duets’, performing alongside Grammy Award-winning artist Jennifer Nettles, and is a Vassar College and LSE graduate as well as a Gates Millenium, Coca-Cola and Questbridge College Match Scholar. An important voice in the industry, Michael’s music is raw and witty, and he is set to make a true change in the world with his talent.