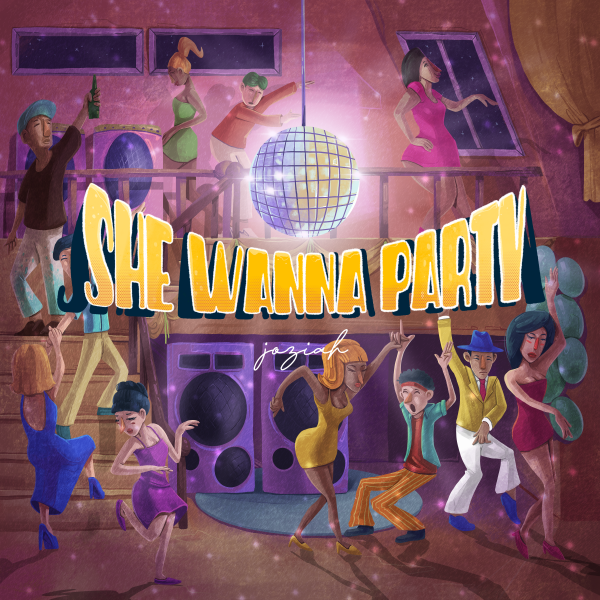 Joziah is supplying us with a single to last us all summer long in the form of ‘She Wanna Party’, a hip-hop banger that could just be his best yet.

The sun-soaked single arrives fresh with a chunky bassline and staggered 808’s, with Joziah’s ballsy bars and cheeky delivery adding an infectious flair. Born to be blasted out of speakers, it’s a track that doesn’t take itself too seriously, an attitude we all want to absorb after such a trying time in the last year. Elaborating on the inspiration behind it, Joziah states, “The concept of the song was made from the quote "Girls just want to have fun", however, I wrote it more in a unisex version so everyone can enjoy it”.

Growing up in a small town called New Amsterdam, Joziah had his sights set on success. After falling in love with reggae and dancehall from a young age, he developed a natural rhythm that has flourished as he discovered rap, hip-hop, old school and soul, thus establishing the exuberant sound he produces today. Making the big leap to New York City as a teenager opened his eyes to the endless possibilities that music can provide, and by using his own personal experiences and intuition to make music that comes truly for the heart, he has begun to develop a loyal fanbase who are eager for each coming release. With tracks such as ‘No Pressure’ racking up just shy of 80,000 streams on Spotify alone, he is inches away from achieving the dreams that he has manifested since childhood. Bursting with originality and cool, Joziah is an artist you don’t want to ignore.