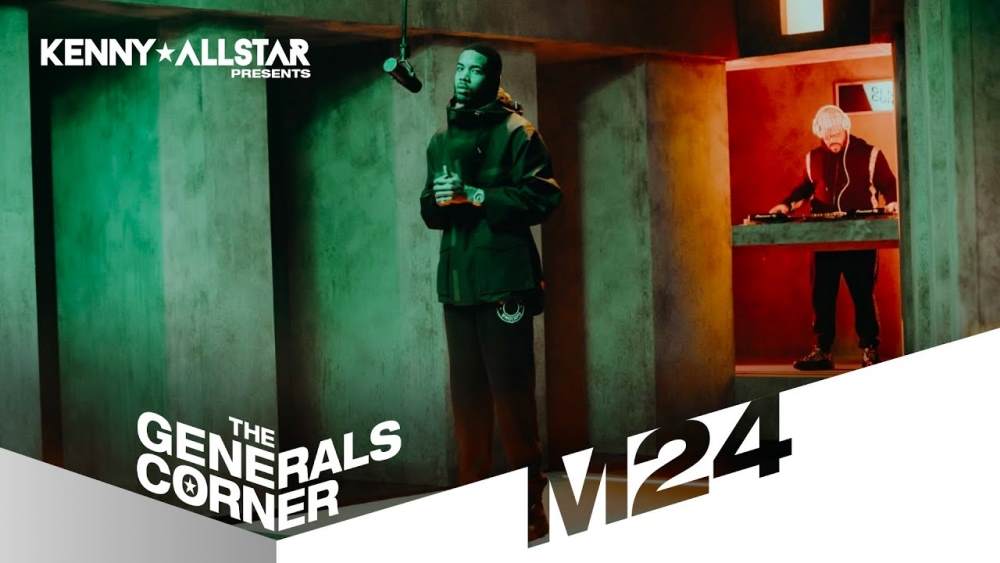 The south London rapper has been on a roll, releasing a series of his formidable tracks lately. Tracks such as 'Hugo Boss' – a collaboration with Burner and Tion Wayne, 'High Right Now' and a 'Plugged In W/ Fumez The Engineer' session have all been impressive. As well as the intercontinental collaboration with Fivio Foreign, 'Fashion'.

Following his momentum, 'The General Corner' freestyle sees M24 showcase a range of gritty and stern lyrics as he depicts his stellar lifestyle. His rugged delivery is laid over the pianistic cadence and thumping 808s found in the booming drill production courtesy of Sean Murda.

Visuals directed by Gwil Doe capture M24's complementary styles as he raps with ease in the dimly lit settings. While the impressive freestyle kicked off Kenny Allstar's new freestyle platform with style. And allowed M24 to further stamp his status.

Stay tuned to see the series progress and see who's next to drops their lyrics on Kenny Allstar's freestyle platform.

Be sure to check out 'The Generals Corner' below and share your thoughts with us on our socials.

Tops Mafioso marks his return with 'Miss Me' visuals

Kemzi steps up for an explosive ‘HB freestyle’

Kaede is 'Loving It Like This' in new freestyle