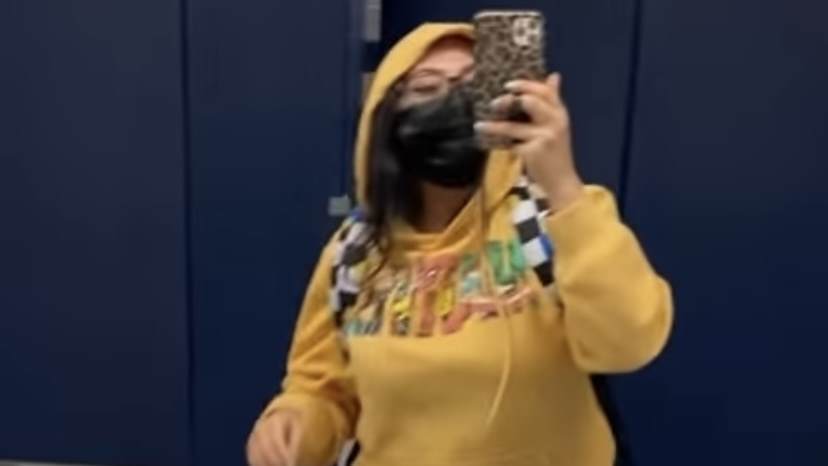 A mother has been arrested after conducting a social experiment to prove her child's school security had issues, where she spent a day in school posed as her 13-year-old daughter.

Casey Garcia, 30, from El Paso, Texas, had serious concerns about her daughter's school safety measures not being approiate – and as it appears, rightly so.

In a bid to prove that the security was not up to par, she dressed as her teenage daughter and spend an entire day attending classes at Garcia-Enriquez Middle School without being noticed.

To obtain evidence she blogged the whole ordeal which she later shared on her YouTube channel.

In her final class of the day, she was kept behind by a teacher due to her phone usage in class. It was at this point that Garcia exposed herself and her experiment.

Following the experiment, Garcia was arrested for tampering with government records, criminal trespassing and an unrelated traffic violation.

In the footage, Garcia is seen wearing a yellow hoodie as she walks through the school hallways and attends classes. At one point, a teacher calls her 'Julie' – which is her daughter's name.

"We need better security at our schools, this is what I tried to prove, and I don't mean to be curt but I kind of feel like I proved it", she added.

"I think the deal breaker for me was actually walking in and posing as a seventh grader. I mean I'm no spring chicken, but it wasn't hard and I made it to all seven periods."

According to Garcia, the teachers were more worried about her phone that whether they had the correct student in their class, claiming that she wasn't addressed as 'a person'.

Jeannie Meza-Chavez, San Elizario Schools Superintendent, told KTSM: "While there was a breach in security by an individual associated as a parent with the school... we want to assure you that our security measures are being reviewed and evaluated."