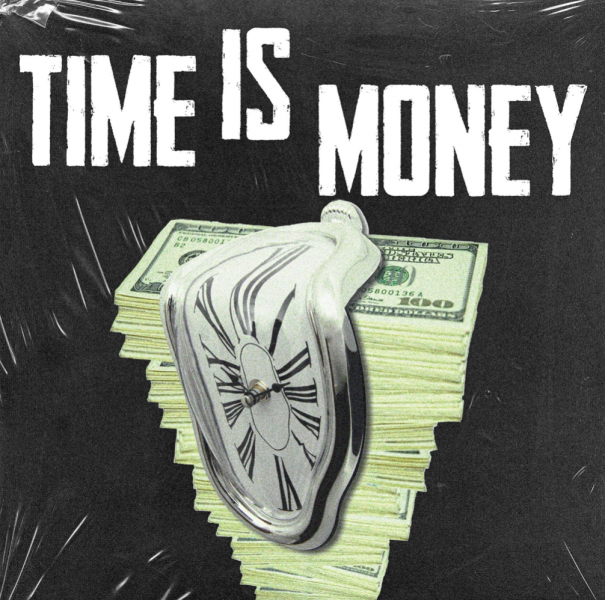 Artist, producer and engineer Robsan returns with electrifying new hip-hop number ‘Time is Money’. Bathed in a conscious hip hop narrative and chill yet modern vibe, the versatility within this track is powerful and will easily resonate with fans of Rap and R&B too. With over 28,000 monthly listeners on Spotify, previous successful single ‘One Thing’ was released on March 25th and has already racked up over 87,000 streams on Spotify alone. Continuing with the strong momentum, ‘Time is Money’ exceeds all expectations you may have already had.

Released May 21st, Robert Santitoro aka the mind behind Robsan has this to say on the release, “Time is Money is a play on how valuable time is to us. How you spend your time can ultimately cost you, or make everything you’re doing pay off. This song is mainly targeted to be motivational to the listener. I want them to hear it, and get on top of whatever goal it is they want to achieve, despite the odds that may be against them. Although the song is pretty introspective, I feel as if any listener trying to better themselves will totally relate to it.”

An artist that deserves a place on your playlist, you may recognise Robsan from the television show ‘Right This Minute’ and for his viral videos on TikTok. A viral sensation on TikTok, Robsan has over 1 million followers and continues to be featured on national television. Armed with a goal to bring light within the world’s current darkness, Robsan could easily be described as an inspiration and a strong role model. A caring nature with a bright future ahead for him, Robsan’s music is about to blossom further and continue to turn heads.

“I want to be a positive influence to the world, and I will do whatever it takes to make us coexist the way I know we all should,” says Robsan.