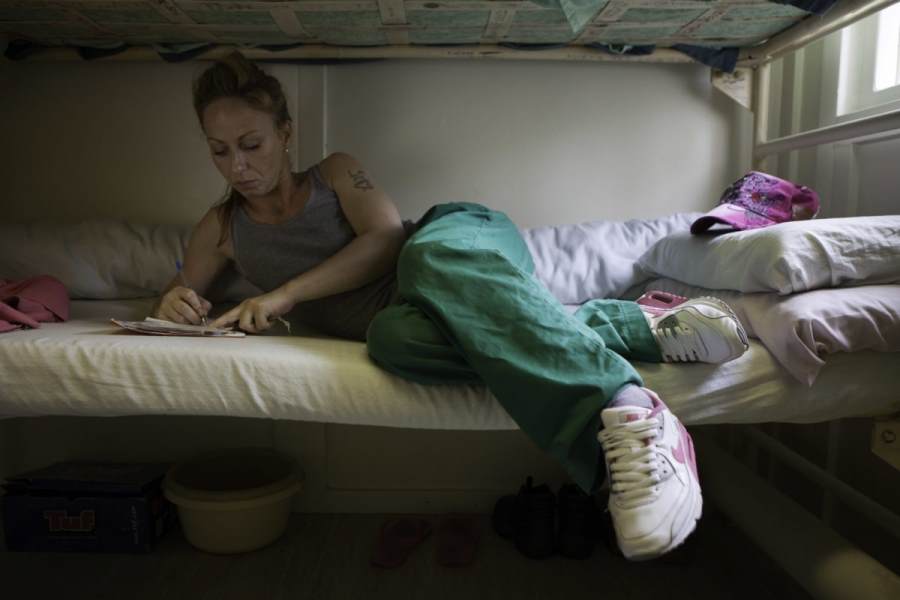 Thousands of women are being released from prison each year without adequate help, a group of MPs and peers say. In a letter to the government, they warn that releasing prisoners with just £46 and a plastic bag, often to homelessness, is difficult on women. It adds that the current lack of provision prevents rehabilitation and puts women at risk. And it claims up to 60% of female prison-leavers have nowhere to go after custody, with 65% of these reoffending.

BBC News have reported that a young lady called Letitia was released from prison at the end of January. She says she's been in and out of prison since 2016 - all on drug-related offences - and that she got to the point where she worried as much about coming out of prison as going in. "If you know that you're going to be released from prison and come back onto the street, it's horrible. Because living on the street is the worst."
This time, she's in accommodation run by a charity called Housing for Women. Letitia says without it, she would "absolutely" be on the streets again.

The charity has two houses in London, geared specifically to help female prisoners who have recently left custody. One provides supported accommodation for women leaving prison dealing with substance abuse, and the other offers practical help to women reconnecting with the children after benign custody.
For Letitia, who has two daughters, it's a lifesaver.
"My daughter's of an age where she said "Mum, I am not sure I want to see you'," she says.
"It knocked me for six. If I'd been out in the community and not been here, I don't think I would have got through that."

In January, the government announced £70 million to keep prison leavers off the streets, including £20 million for a new accommodation service that will house former prisoners for up to 12 weeks. But campaigners say it will be rolled out in fewer than half of the probation regions across England and Wales. Campaigners also say it does not deal with many vulnerable women's needs, which include being relocated away from where they have been victims of domestic violence, or to be rehoused with their children.

"A lack of safe, supported and permanent accommodation puts vulnerable women at risk and makes it near impossible for them to turn their lives around", the MPs' letter says.

They are also calling for designated officers to act as "brokers" for housing in every women's prison.
Prisoners are currently given a so-called "discharge grant" of £46 to cover travel and food on release, a rate set more than 25 years ago. Ministers have reportedly promised to raise that to £76 in the summer.