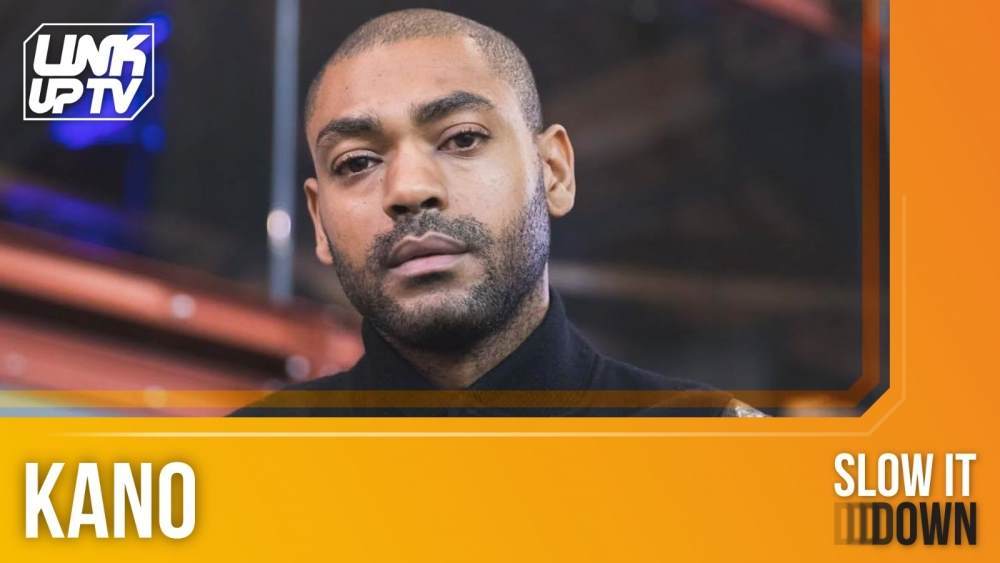 This weeks Slow It Down looks at one of the all time greats of the UK rap scene. One of the founding fathers of Grime, coming from the Class of Deja and one of the greatest – most iconic – Lord Of The Mics clashes. We are looking at the one and only Kano, delving deeper into some of his lyrics.

Kano's career spans over 15 years and he has managed to evolve and adapt to keep his sound as fresh as it always was. Whilst still sticking to his roots and making the music that is true to himself. His lyrics usually send out a strong message and carry real substance, with examples heard in 'Free Years Later' or 'Teardrops'. He also has that ability to make more light-spirited bangers and has blessed us with 'GarageSkankFREESTYLE' and '3 Wheel-Ups'. One thing is for sure, his lyrical ability is always on point.

"I'm from where Reggie Kray got rich as fuck, East London, who am I to mess tradition up?" - Kano on 'This Is England'

Reggie and Ronnie Kray were East London gangsters in the 50s and 60s. They began as nightclub owners and made a fortune running protection rackets. Kano is from East London, like the Krays, and so he is suggesting that because of this he’s destined to become rich. It could be seen as Kano saying the location of his upbringing being the same as two of the most notorious British gangsters means that their lifestyle and influence on the area in which he was raised is hard to avoid even to this day.

"This is Hagler and Hearns and Leonard. This is Wrighty, Merson and Dennis. This is bad boys, new Jack and Menace" - Kano on 'Eastside' (Dizzee Rascal ft Ghetts and Kano).

Kano doesn't only deliver on his own tracks. This verse on Dizzee Rascal's tune is proof of that as we hear Kano body his verse, alongside two other legends of the UK scene. This specific bar is Kano explaining just how iconic the trio on the track are by comparing them to other legendary trios. Hagler, Hearns and Leonard refers to three quarters of the 'Four Kings' from the welterweight boxing division in the 1970's and early 1980's – 'Marvellous' Marvin Hagler, Thomas Hearns and Sugar Ray Leonard. Wrighty, Merson and Dennis being the legendary Arsenal trio Ian Wright, Paul Merson and Dennis Bergkamp. Finally Bad Boys, New Jack and Menace (Menace To Society) are three critically acclaimed American Action films.

"Allow the crabs in the barrel and survival ting, we could all go clear, who taught us musical chairs? There's enough seats for everybody, mate" - Kano on 'Teardrops'

Musical chairs is a well-known game where each round a seat is taken away until there is only one person remaining – a game about survival, similar to the concept of crabs in a barrel. This line here is Kano's way of saying that the whole mentality of not putting people on, or helping them, out in fear of losing your own hype and success, or trying to always be better than the next person is not the best way to succeed. There is plenty of room at the table for everyone to eat, so why not help each other out and see everybody win?

"Running through the six with my woes like Drizzy said, but there's an E on the beginning of that, I represent" - Kano on his Fire In The Booth

This one is a relatively simple one if you know your area codes in London and know where Kano is from. Drake on his track 'Know Yourself' says he was running through the 6 with his woes – a nod to Toronto which is known as 'the six'. Kano is representing an area of East London known as E6 so he has basically flipped Drakes lyric to reflect his hometown and where he is representing.

Kano doesn't run out of lyrical content, and his hype has never died down. There are plenty more tracks where his bars hit the spot and further prove why he's one of the greats. As always, let us know on Twitter what your favourite Kano bar is, and whose bars you want us to break down next time on 'Slow It Down'.