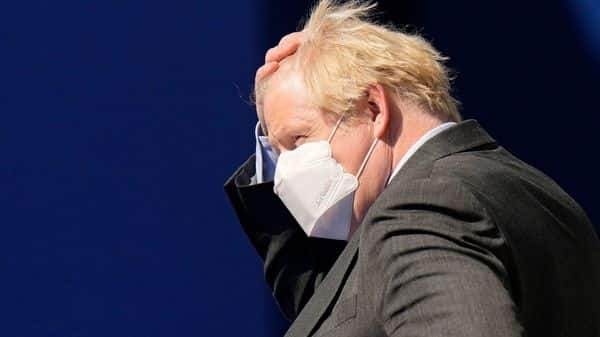 The prime minister announced on Monday that June 21 "Freedom Day" is cancelled. Even so, an easing of some restrictions will come from June 21 for events including weddings.

The prime minister said “it is sensible to wait just a little longer” in a Downing Street press conference after returning from the NATO summit in Brussels.

“We cannot simply eliminate coronavirus, we must learn to live with it,” he added. “Even if the link between infection and hospitalization has been weakened, it has not been severed.”

“Now is the time to ease off the accelerator,” he said, to give time for the NHS to vaccinate more of the adult population. Remaining public health restrictions were due to be lifted on June 21, but the government’s scientific advisers have raised concerns that further reopening would trigger a dangerous rise in hospitalizations.

Johnson insisted he was "confident" there would be no further delays despite the first break with the government's planned road map for full easing of the rules. The government will also reduce the interval between vaccine doses for over 40s, amid concerns that a single jab does not provide sufficient protection.

The prime minister decided on an exemption for weddings, which will not have a limit on the number of guests as long as indoor venues observe social distancing and offer table service. There are currently no plans to revisit support for businesses, with the furlough scheme due to taper off before coming to an end in September.