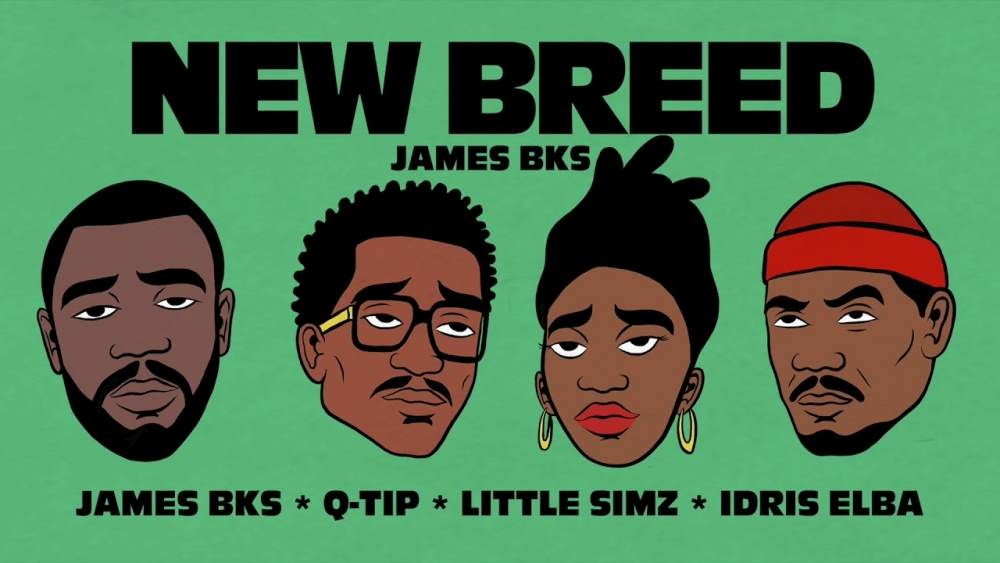 In a team-up, that many would not have seen coming, Hollywood actor, star of The Wire, Stringer Bell himself Idris Elba has collaborated with the legendary Q-Tip of A Tribe Called Quest and Mercury Nominated Little Simz for a song from, the first artist on Idris Elba's label 7Wallace, James BKS.

James BKS is a French Cameroonian producer. The beat he provides for the song is upbeat and funky, mixing his Cameroonian roots with a hip hop sound. Q-Tip is the first voice you hear on the first verse. Hook duties are handled by either backing singers or a sample, with Idris Elba interjecting, he then spits the second verse, with a verse challenging an old system and proclaiming himself as the new breed. Little Simz has the last verse, the beat being stripped down allowing Simz to shine, rounding off what has been an amazing year for her.