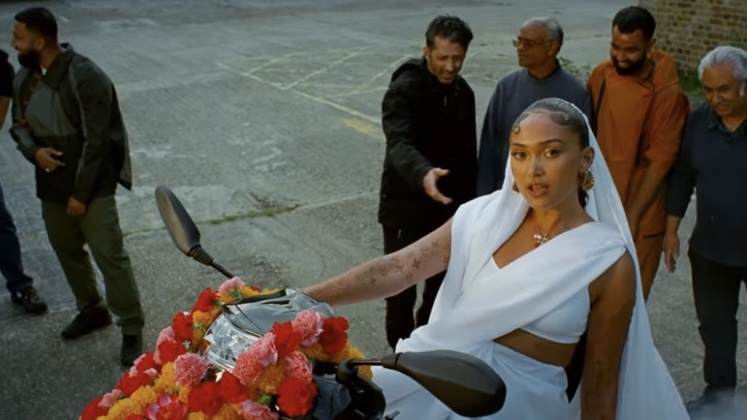 Taken from her forthcoming debut album JC1, 'Feet Don't Fail Me Now' is a magical offering that hears Joy's soulful vocals soar over a rhythmic sound. Inspired by social turmoil and from the fine line of priviledge between her Bangladeshi-Irish heritage, the powerful single opens up dialogue around the hesitation to stand your ground.

“This song is one of the most complicated songs I've ever written, in a good way," said Joy.

"The track carries with it a deep sense of irony. It's written from the perspective of someone who finds it easier to remain complicit out of a fear of being cancelled. During the social and political turmoil of the last 12 months, performative behaviour has become prevalent alongside cancel culture. These two reactions I think are often intertwined as cancel culture can be a response to half hearted performatism."

Be sure to check out the colourful 'Feet Don't Fail Me Now' visuals below!