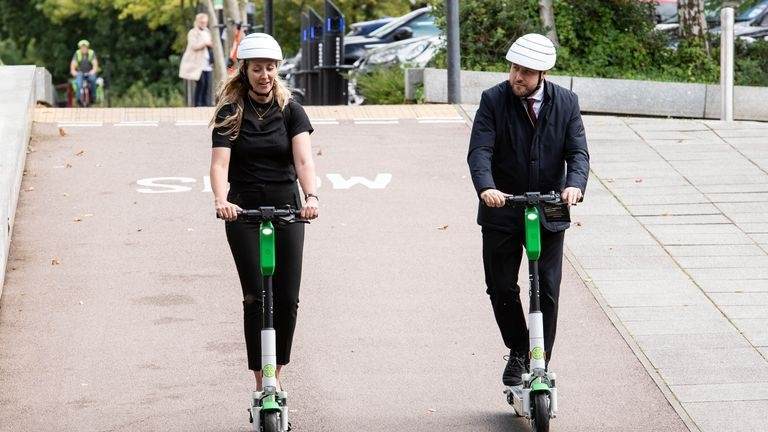 Over 500 people in London had their e-scooters seized by police last week. The Metropolitan Police revealed that its officers confiscated 507 of the devices following ‘proactive patrols’ across all of the capital’s boroughs.

The enforcement action was triggered by the increasing usage of private e-scooters, which can only legally be ridden on private land in the UK. Chief Superintendent Simon Ovens said: ‘Private use of e-scooters remains illegal on London roads.

‘Riders using e-scooters on the road risk fines, points on their license, and e-scooter seizures if they continue to use them on public road networks.’ Dozens of legalised e-scooter rental schemes have been launched in British cities since July last year as part of Government trials – with a programme beginning in parts of London earlier this month.

But there have been long-running safety concerns about e-scooters. This comes after E-scooter rider Shakur Pinnock died in hospital on June 18, six days after he was involved in a crash with a car in Wolverhampton.

He is believed to be the second e-scooter rider to die following an incident on UK roads.