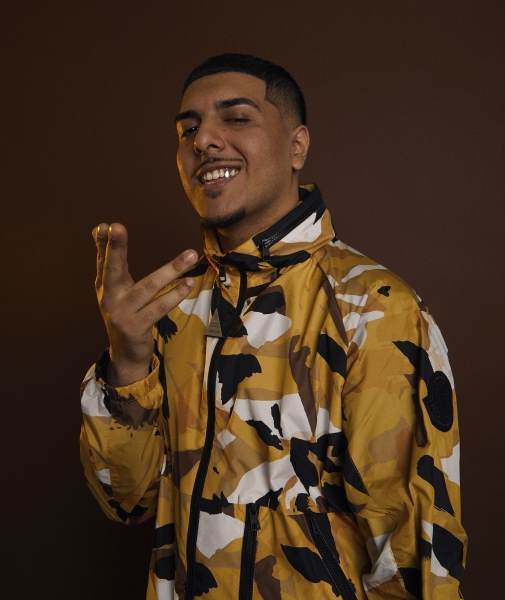 Artist and visual creative SVMI has delivered a brand new EP which he has titled 'Ma Mood'.

Coming out of Manchester SVMI is a very talented up and coming rapper, producer and visual creative who has just delivered his debut EP titled 'Ma Mood'. SVMI has already garnered attention from some big platforms such as GRMDaily, BBC Radio 1 and 1Xtra, Capital, Mixtape Madness - to name just a few. The multi-talented young artist also helped produce the EP alongside his long-time friend and collaborator LiTek who has worked with the likes of Pa Salieu, Bugzy Malone and Slowthai.

On the EP we hear SVMI's diversity as an artist as he showcases a mixture of smooth melodies, wavy vocals and some bouncy flows as well. Not one to put himself inside a box, SVMI gives loyal fans and new listeners a view of some of the lanes he can open up for himself as an artist, for example on the first track - 'INTRO' - SVMI comes with a braggadocious swagger and confidence as he flows seamlessly over the beat, whereas on the final track he showcases his vocal ability letting listeners know what he is capable of on a smoother more mellow track.

Speaking on the EP SVMI says "this project means a lot to me. It perfectly showcases my creative sound and speaks to the person I’ve become over the past few years. Each song feels autobiographical for me because they are representations of my mood at the time they were being made, and they capture those moments in my life quite vividly. I also wrote and recorded some of these songs as far back as two years ago now, so it really does show my progression not just as an artist, but as a person"

SVMI's debut EP 'Ma Mood' is available to stream on Spotify and Apple Music now, check it out and see what you think.