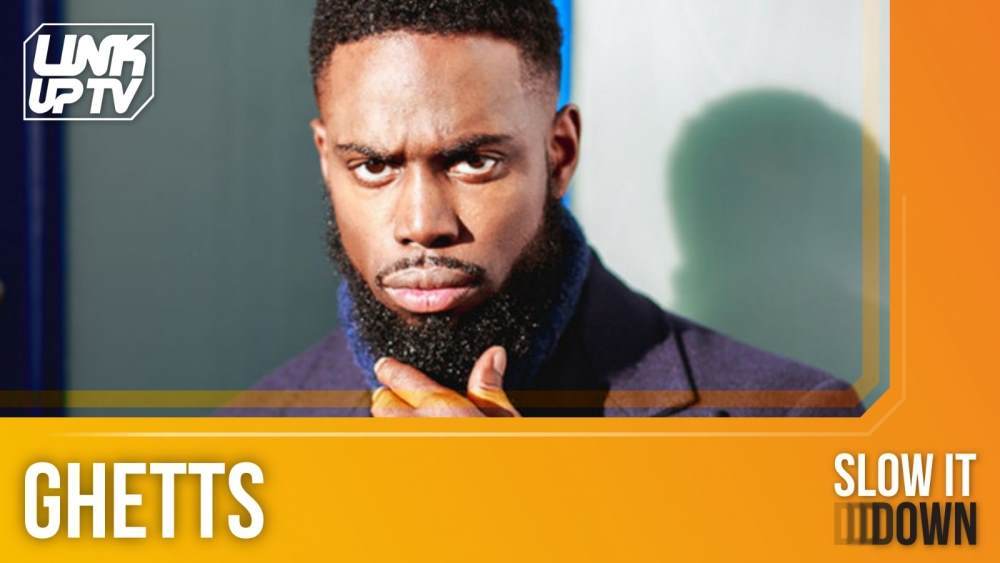 When it comes to having the full package as a rapper, there are no artists that spring to my mind quicker than Ghetts. He has an incredible confidence every time he takes the mic, a cadence like no other, on-point delivery, and flows for days. Most importantly, he has bars upon bars. Here, I'll be breaking down three of my favourite bars from the one and only, Ghetts.

"How many times has a man said that I'm s**t just coz he don't know what I said? Young Thug and Future fans, and they dunno what I said? Ain't Ghetto another word for hood, so I guess I'm designed to go over your head" - Ghetts' Daily Duppy (S05E01)

The delivery of this bar and its position at the end of the freestyle turn a simple bar into a cold statement to certain critics. Ghetts' delivery in the past has been criticised for being too "shouty" and "aggressive", leading people to claim that they couldn't always understand him. Ghetts addresses this using Young Thug and Future as an example of artists whose lyrics are not always audible – 'Lifestyle' by Young Thug is a great example of this. Ghetts used to be called Ghetto when he first started rapping – longevity is another reason he is up there with the best for me – and in some parts of the world the hood is also referred to as the Ghetto. Ghetts explains this in the bar, and from that point the use of the word hood becomes a double entendre as a coat/jacket hood goes over your head just like Ghetto's (Ghetts') lyrics.

"Somebody tell Tommy that we do this I might catch a body with these two sticks, I'm not sorry my scene do bits. Fill up the lorry with Gs units. You know what the payola says, them mandem have got Yayo (llello) for days. And I got a lot of money in Lloyd's bank I'm real cakey, I'm way overweight. That's fifty in a rucksack" - Ghetts on Mad About Bars

This whole scheme is like a brain storm in the sense that there is one main theme in the centre, but spouting out of it there are other subjects. The main theme throughout this scheme is G-Unit – a rap group which originally consisted of Tony Yayo, Lloyd Banks and 50 Cent. The first reference is right at the start as Ghetts mentions Tommy. Tommy is a character in the massively popular TV series Power, which 50 Cent was an executive producer and cast member of. Ghetts then mentions filling a lorry with "G's Units" which sets up the rest of the scheme nicely. Payola describes bribes in the music industry usually involving record labels. Ghetts could be implying that people that in the music industry that accept these bribes are hooked on "Llello" – Spanish slang for cocaine. Llello is often misspelt as Yayo and this is where the link is made. Next is the Lloyds Bank reference, and is simple again as Lloyds Bank is a banking company in the UK – Lloyds Bank/Lloyd Banks making that G-Unit connection yet again. Ghetts then says, "I'm real cakey I'm way overweight". Cake is another term for a lot of money. Here Ghetts is reinforcing that he has a lot of it, saying that he is overweight (from cake). 'The Cake' is also the name of a song by 50 Cent and Lloyd Banks. Finally the scheme ends with a mention of having "fifty in the rucksack" – another reference to 50 Cent.

"Knife game too ballistic, Open a boy's chest like being in a sauna with Eucalyptus (breathe my n***a, I said breathe my n***a)" - Ghetts on Fire In The Booth (Part 3)

Although simple to break down, when I heard this bar for the first time I had to reload it a few times, simply for the fact that it is Ghetts' intelligence personified in one bar. The imagery Ghetts is creating is clear, however the way it is worded is sublime. Saunas help to open up the pores of your skin to help your skin breathe better and, if you know about the benefits of Eucalyptus you would know that, respiratory (breathing) conditions such as asthma and sinusitis may be helped by inhaling steam with added eucalyptus oil.

One thing that cannot be denied is that the UK has produced some of the most lyrically talented rappers around. These bars are just three examples of the intelligence that Ghetts is capable of displaying in his bars, but his catalogue is packed with so much more. What are your favourite Ghetts bars?

Tell us on Twitter whose bars you'd like to see slowed down next time on the next edition of Slow It Down.