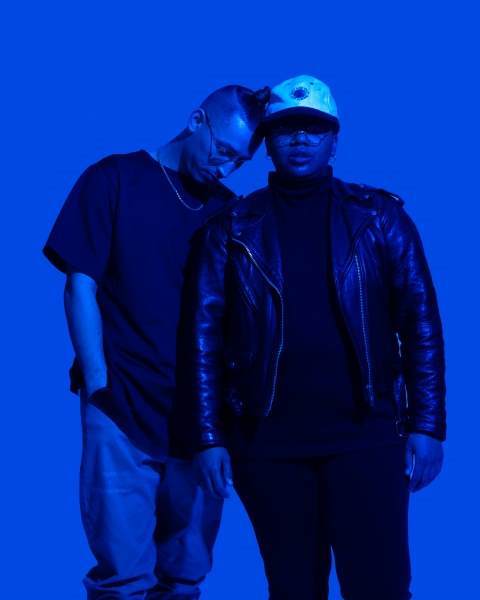 Tay Sean releases a brand new drop entitled, ‘Going Thru It’, featuring Stas Thee Boss. Entering with ricocheted 808’s and sweeping sounds of mutated nature, there’s an otherworldly element to the melody that is engaging and raw. Syncopated piano keys and broody bass notes cushion featured artist Stas Thee Boss’s hypnotic vocals before Tay Sean makes a bold statement with his defiant bars and gritty delivery. Describing the emotional depth behind his lyrics, Tay elaborates “I wrote this song during an emotionally tumultuous time in my life. I had just ended a long-term relationship with the mother of my child and learned that my new girlfriend was pregnant with my twins. I hadn’t told anyone at that point, not even Stas, who’s one of my closest friends ever. She didn’t realize I was being literal when I recorded that lyric. It’s also true that I had just totalled an Infiniti. So the song is just about those tough situations we all have to go through, and eventually get through, however, we manage that. I noticed we both touched on drug/alcohol consumption in our verses – that wasn’t planned, but maybe it says something about our tendency to self-medicate through hard times”.

Known for his unique envelope-pushing approach to writing and producing, Tay has made a name for himself across the hip-hop and rap scene, having previously been a part of the groups Helluvastate, Kingdom Crumbs and Helladope. Now embarking on a solo career, he has created music alongside Shabazz Palaces, Ya Tseen and THEESatisfaction, chronicling his deeply personal experiences within his music, ranging from single parenthood to addiction and toxicity. After the success of his 2016 debut album ‘Leavings’, which received praise from the likes of The FADER, Seattle Weekly and City Arts Magazine, Tay is preparing to release his highly anticipated second self-produced album ‘Arc’. A thought-provoking, abstract track that is sure to prick ears worldwide, ‘Going Thru It’ is Tay Sean at his best.