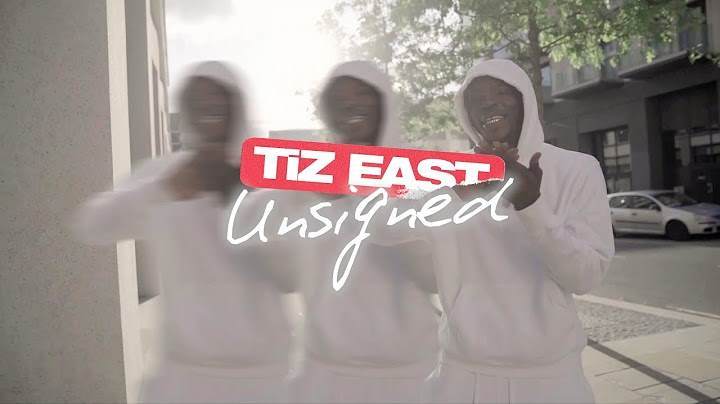 The Newham hailing artist identified by his distinctive tone, versatility, slick wordplay and plenty more follows up from his previous single, 'Trappy'. TiZ East music has been gained recognition from being playlisted on various radio stations around the world, as well as features on platforms such as WORLD STAR HIP HOP. He was crowned Audiomacks Best of Britain list for December 2020 and placed into Complex's list Top 21 rappers to watch for 2021.

In this track, TiZ East showcases lyrics filled with money-driven ambitions. His clever use of play-on-words emphasises his mindset, and the infectious chorus laid over the bouncy, mid-tempo, nodding drum beat production courtesy of SVOnthebeat. Playful visuals directed by Romael captures the scenes of TiZ East patrolling the streets of London before vibing at a BBQ.

The energetic track exhibits his rise in the music scene as an independent artist.

Be sure to check out the 'Unsigned' visuals below and let us know your thoughts on our socials!