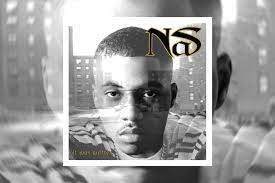 To commemorate the 25th Anniversary of his of sophomore album ‘It Was Written’, one of Hip-Hop’s most influential artists Nas has released an expanded digital version of his ground-breaking album.

When ‘It Was Written’ was released in 1996, the album made waves in the hip-hop community and redefined the genre for generations to come. Taking the hardcore ethos Nas had established in his previous album ‘Illmatic’ and propelling it at new musical dimensions, the resulting product was a flashpoint in East Coast hip-hop history.

The new expanded version now features 16 tracks, two of which were previously unavailable on digital streaming ‘Silent Murder’ and ‘Street Dreams’. Get On Down will also be releasing limited edition physical copies of the album: a 2LP Silver and Clear Galaxy Effect coloured vinyl edition housed in a gatefold jacket; an old-school cassette with an original 8-panel J-Card featuring full lyrics housed in a custom slipcase; and a coloured 7” vinyl ingle of the ‘The Message’ and ‘Street Dreams’ housed in a custom picture jacket. This special edition bundle is available to pre-order here from today and expected to ship in September. The videos for ‘If I Ruled the World (Imagine That)’ and ‘Street Dreams’ have been upgraded to high-resolution HD video for the 25th anniversary and is out now.

Watch the upgraded videos for ‘If I Ruled the World (Imagine That) and ‘Street Dreams’ below.