HomeNewsEngland through to first final since 1966 after beating Denmark in Euro 2020 semi final!

England through to first final since 1966 after beating Denmark in Euro 2020 semi final! 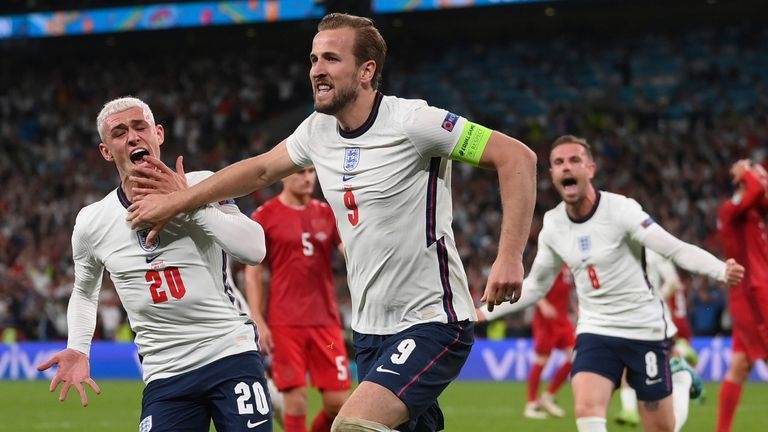 England reached its first men's major tournament final since winning the World Cup in 1966 after beating Denmark 2-1 at Euro 2020 in an intense encounter on Wednesday at Wembley Stadium. Gareth Southgate's team had to come from behind to win and, as the match went into extra time, a testy penalty decided the match.

Raheem Sterling went down in the box under pressure from a melee of Denmark players and, after referee Danny Makkelie awarded the penalty, the decision was confirmed by VAR. Harry Kane's spot-kick was saved by Kasper Schmeichel, but the England striker pounced to score from the rebound.

The last time England went through similar events was at a European Championship, against Germany in 1996. That too was played in front of a packed Wembley Stadium but the tie ended in very different circumstances.
Southgate was the man to miss the decisive penalty that night but, fast forward 25 years, and the 50-year-old has guided his country into its first European Championship final.

"I'm so proud of the players," Southgate told the UEFA website. "It was an incredible occasion to be a part of. The fans were incredible all night."

England will now face Italy in the final after the Azzurri beat Spain on penalties Tuesday. The final will be at Wembley on Sunday.