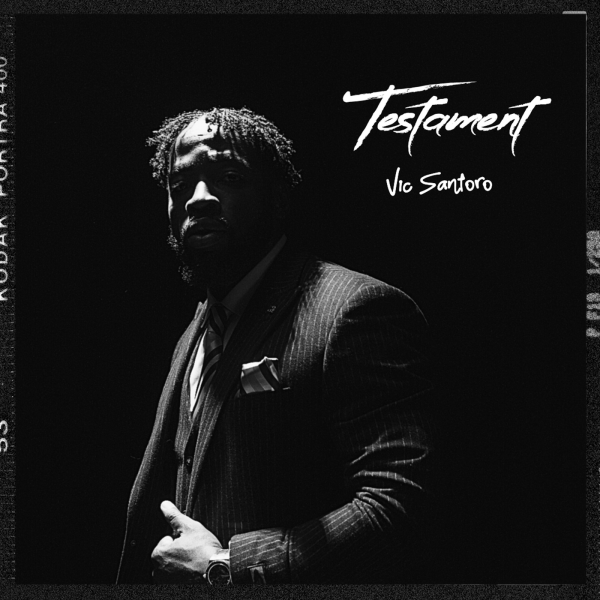 Vic Santoro has come through with a new single ‘Testament’. The South London rapper’s pen game is immaculate as we hear his pristine bars about his chequered past and how it has shaped the man he has become. Vic dons his husky-sounding vocals over a smooth, piano-led instrumental. The rough and raggedy vocals juxtapose the calm and fluent production, enabling his bars to stand out.

‘Testament’ will feature alongside the recent single ‘Cigar Talk’ on 'Lifestyle: Glory Days pt.3', the final instalment of the trilogy of mixtapes released by Vic this year. It follows on from the hard-hitting vibes of ‘Pain: Glory Days Pt.1, while ‘Progression: Glory Days Pt. 2’ saw Vic’s endeavours to break away from the hardships of his life and to shape a better future for himself. The trio of mixtapes is made up of some of the 100+ songs he has recorded over the past few years.

‘Testament’ is a great advertisement for the forthcoming project, as Vic drops that realness from start to finish. The rapper got the kind of aura that will have you listening and taking in every word; making you feel the hardships he raps about.

Take in ‘Testament’ here and let us know your thoughts.