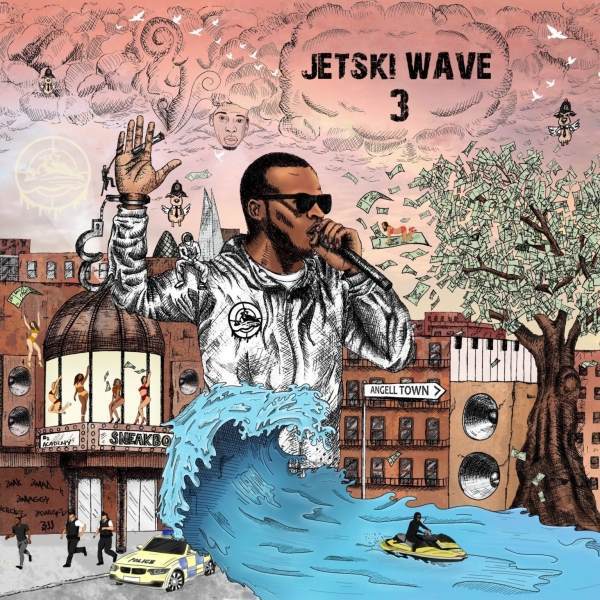 Sneakbo has dropped the highly anticipated ‘Jetski Wave 3’. The tape is filled with 16 tracks, ranging from street anthems to club bangers, Sneakbo’s latest offering has a mixture of sounds that can cater to everyone.

The South London rapper demonstrates his sublime versatility as we get Drill, Rap, Afrobeats and straight Jetski Wave vibes throughout the mixtape. Adding to the entertainment Sneakbo has called on some big names to feature on ‘Jetski Wave 3’ with M24, Backroad Gee, Pa Salieu, Ard Adz, Stickz along with more adding their sauce to the mixtape.

‘Jetski Wave 3’ follows on from the fresh release of the visuals to ‘Practice’ featuring Luciia, where we hear the Brixton rapper opt for a playful and uplifting sound bringing straight club and summer vibes in typical Sneakbo fashion.

Be sure to stream the new mixtape, ‘Jetski Wave 3’ here.