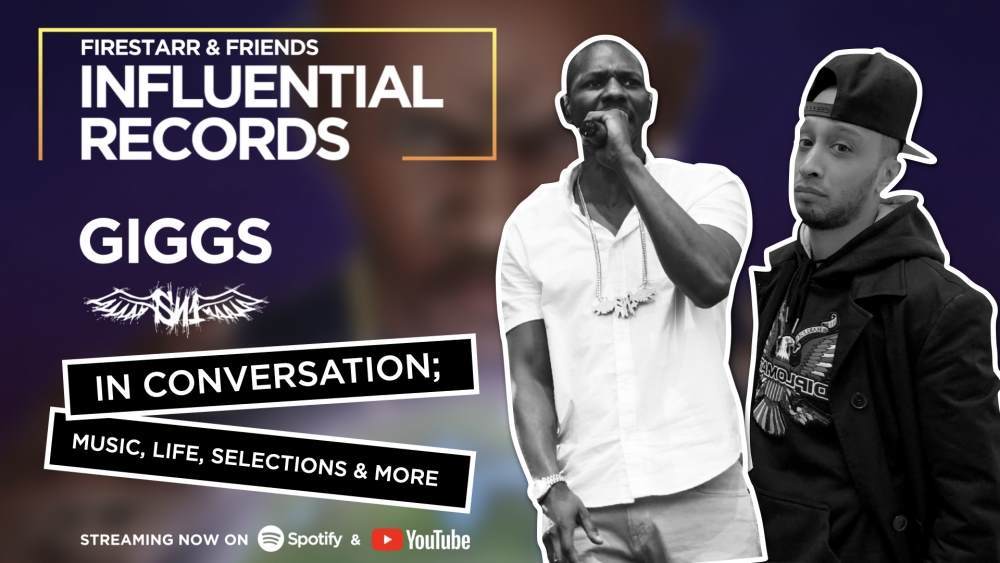 DJ Firestarr has a chat with UK legend Giggs to talk his ‘Influential Records’ on Spotify. After a difficult past couple of months for DJ FIrestarr, he’s better than ever putting his efforts into delivering new episodes weekly with some of the biggest names in the music industry.

On this week’s guest Giggs, he comments: "He is the definition of Rap and instrumental to the culture and game. I only wanted to ask him to come onto the series after I had proven the work rate and earned it, it’s a special moment for me so big up the Landlord, I hope people enjoy the conversation – it was a good one!"

The pair dive into a range of topics such as Giggs’ time in America and what his future plans out there are: "That is the plan, man’s been waiting to get over there forever. I just wanna keep building you know what I mean. Obviously it’s hard to like manoeuvre and try and get the world to hear your music when you can’t go all over, you get me?"

As the conversation progresses, the pair go through Hollowman’s projects from ‘Walk In Da Park’ to his most recent ‘Now or Never’, whilst discussing what was happening at the time of ‘Walk In Da Park’s release: "There was a lot going on them times, you know what I’m saying! I’ll pick "test out the nine remix", that was a sick session – all of SN1 in there, Tiny Boost, Kyze, Grind, everyone has their “test out the nine” contributions, that was crazy... those were the days!"

This is not an episode to miss, so check it out below!