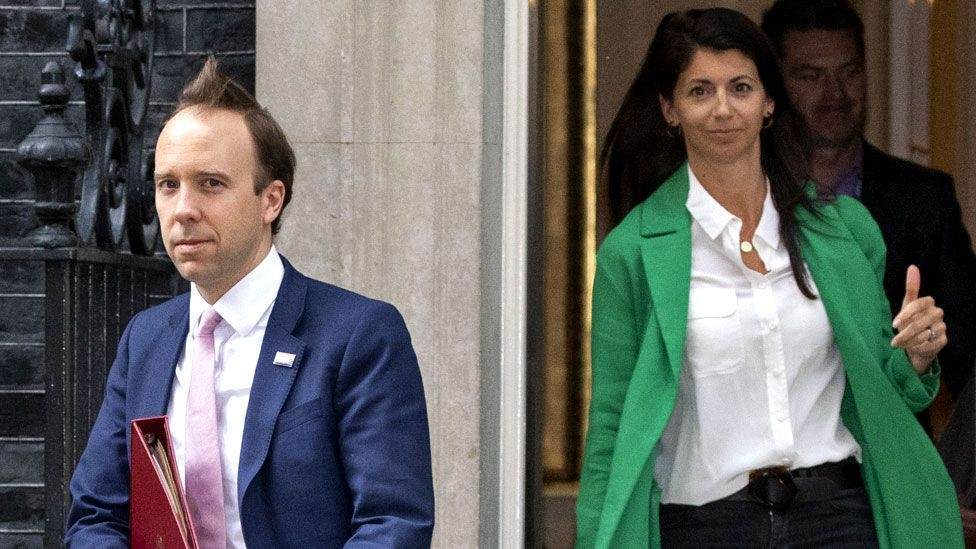 Homes have reportedly been raided and computers have been seized to find out who leaked Matt Hancock affair video. Following the images being leaked by the Sun last month, Mr Hancock resigned as health secretary after he admitted breaking social distancing rules.

Mr Hancock is also married with three children and the images see Hancock kissing his long-time friend and former aide Gina Coladangelo. His relationship with the married mother-of-three is understood to be serious, with Mr Hancock having ended his own 15-year marriage.

The Sun has reported that an "angry whistleblower" first alerted it to the images. But the newspaper's editor, Victoria Newton, has stated she would rather go to prison than reveal the leaker's identity.

The ICO announced on Thursday that it had set up an inquiry into the images leak. It said the Department of Health and Social Care and the security and property management firm Emcor had submitted a complaint, alleging the CCTV stills had been taken without permission. Officers searched two homes in southern England on Thursday, seizing personal computer equipment and electronic devices.

Steve Eckersley, the ICO's director of investigations, said: "It's vital that all people, which includes the employees of government departments and members of the public who interact with them, have trust and confidence in the protection of their personal data.

"In these circumstances, the ICO aims to react swiftly and effectively to investigate where there is a risk that other people may have unlawfully obtained personal data. We have an ongoing investigation and will not be commenting further until it is concluded."

After the pictures were published, concerns were reportedly raised over security within government buildings.