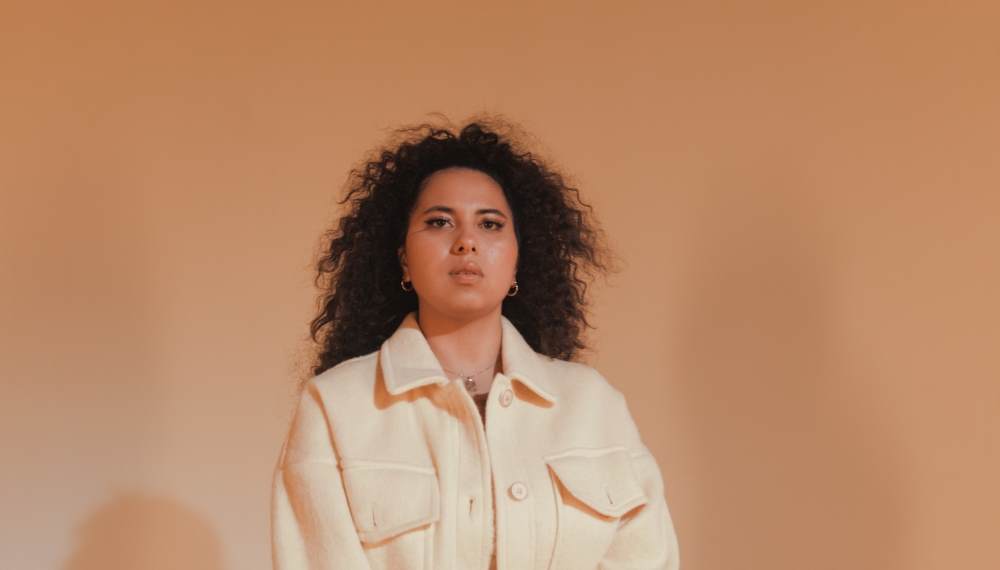 When speaking about the track, she said: "My break up ( where I sing about in holy water) brought me in a crisis state. Normally I can use my mechanisms to find a substitution to not feel. So for example substance abuse or lust. But now that I am getting more conscious about myself, those mechanisms won't work any longer which means I have to work on myself and really take a look on the inside. All this time I was not feeling happy and looking for the things on the outside. On this journey, I have to find that inner voice/gut feeling again, which is scary because at that place you'll find fair and despair. Yes, silence can be your best friend and your enemy, but running away is no longer an option."

Silence is more of poppy and commercial song according to Jessy's previous releases. She wanted it to be more approachable because she finds it important to invite everyone to this place of silence. Therefore she worked together with producer ADU.

Over the past years, Jessy Yasmeen has played more than 300 shows on stages in The Netherlands and Germany. In 2019 her debut EP saw the light of day, she won a big Dutch music award, 'Grote Prijs van Rotterdam' (category: singer-songwriter), and earned nominations for the Rotterdam Music Awards (categories: ‘the promise’ and ‘best track’). With both Dutch and South American roots, Jessy Yasmeen brings the best of both worlds with her Isolation Tapes EP and her Dreams EP in 2020. Forbidden Fruits got airplay on NPO Radio 2 and BBC Radio Lancashire and other singles got airplay in Belgium, Germany, Switzerland, Austria, Russia, Canada and the US.

2021 is the year where Jesse takes a step towards bigger, more poppy and personal productions in a way she hasn't been before, produced by herself. With her songs, she wants to challenge listeners to be vulnerable, help conquer personal battles with underlying fear and break those taboos.

Despite all ongoing restrictions these days she is dedicated to performing at local live shows as much as possible.