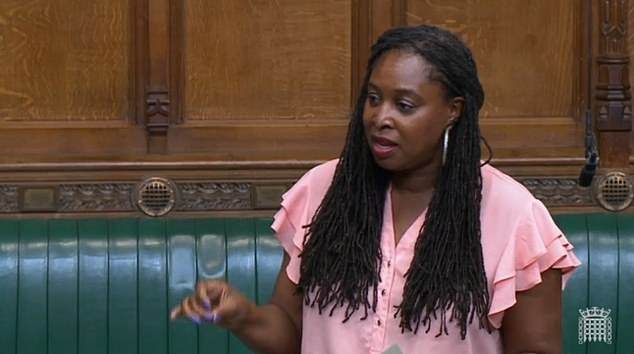 Labour MP Dawn Butler has been ordered to leave the Commons chamber after she refused to withdraw her comments regarding Boris Johnson. Dawn Butler claimed that the Prime Minister had lied repeatedly to fellow parliamentarians and the country.

“The prime minister has lied to this house time and time again,” Butler told the deputy speaker, Judith Cummins. When asked to “reflect on her words”, Butler added: “It’s funny that we get in trouble in this place for calling out the lie, rather than the person lying.”

Allegedly, Under Commons rules about what is considered an unparliamentary language, it is forbidden for MPs to accuse their fellows of deliberate deceit. Speaking in a backbench business debate shortly before the end of the final day of Commons business before the summer recess, Butler condemned the government’s response to coronavirus.

“Poor people in this country have paid with their lives because the prime minister spent the last 18 months misleading this house and the country,” the Brent Central MP said.

Butler highlighted a much-shared social media video collating many of Johnson’s incorrect statements, highlighting, in particular, the prime minister’s comment to MPs earlier in the month that the Covid vaccination programme had “severed” the link between infections and serious illness or death. However, Johnson has never corrected himself, and fellow ministers have refused to accept he was wrong.

Butler told MPs: “Not only is this not true, it’s dangerous. It’s dangerous to lie in the pandemic. And I’m disappointed the prime minister has not come to the house to correct the record, and to correct the fact that he has lied to this house and the country over and over again.”

At this point, Cummins, a fellow Labour MP who is a stand-in deputy speaker after one of the officeholders, Rosie Winterton, was forced to self-isolate, intervened to twice ask Butler to withdraw the charge of lying.

Butler said: “I’ve reflected on my words, and somebody needs to tell the truth in this house, that the prime minister has lied.” Cummins told the MP she was suspended for the rest of the day, and Butler left the Commons.