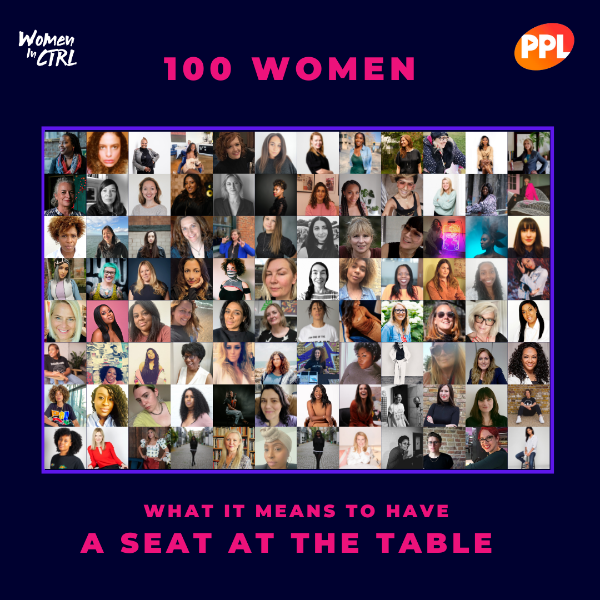 The 'Seat at the Table - 1 Year On' report is officially released today at 9am. Click here to check out the report.

Last year Women In Ctrl used their collective voice and made the industry stop, listen and change. There has been some progress in the last year, which we have highlighted in the report, but change is an ongoing process and we are still far off from equality.

Over 100 women from all across the industry provided powerful quotes on ‘Why it’s important to have a Seat at the Table’ and it’s been so empowering reading everyone’s quotes together.

KEY FINDINGS:
Female representation has increased, but women are still underrepresented:
Across the 12 organisations, 42% of board members are women, an increase from 34% on 2020.
In 2020 9% of Chairs were women, the equivalent of one female Chair across the 12 organisations. This figure is now 27%, with three female Chairs. CEOs remain unchanged at 27% or three women.

There are still no Black women CEOs or Chairs.

Over the last year there have been notable examples of good practice amongst these organisations which have driven important changes in representation:

AIM (Association of Independent Music) – the most improved on board-level gender representation, from 35% to 65%. On ethnicity, it also increased representation of Black women on the board from 6% to 12%. It also elected a female Chair.

ISM (Incorporated Society of Musicians) - increased gender representation from 41% to 56% women on the board. It elected a female Chair.

The Ivors Academy – two Directors stepped down to allow for increased diversity on the board. It achieved 50/50 gender balance on the board and elected one Black woman to the board, taking their representation from 0% to 6%.

FAC (Featured Artists Coalition) - added two observers onto the board ahead of AGM elections to help potential candidates become familiar with the board and to encourage diverse applicants.