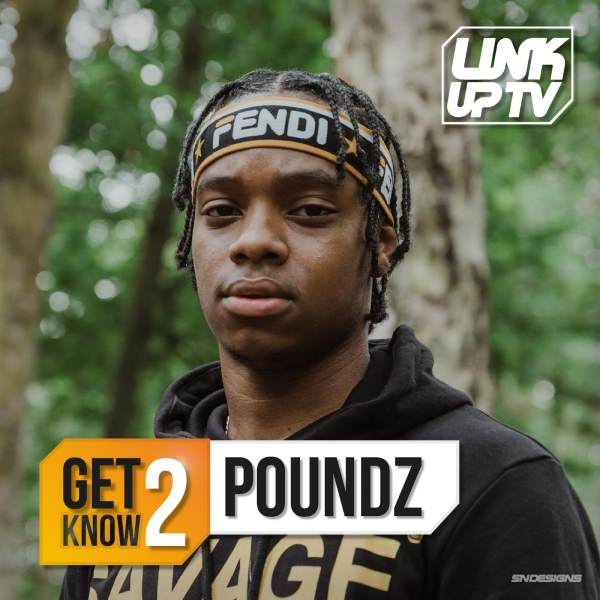 South London rapper Poundz has been steadily making waves in the U.K music scene since having a successive number of viral hits such as ‘The End’, ‘Who’s Laughing’, ‘SkengBop’ and more recently ‘Opp Thot’.

Rae: You've mentioned listening to all different genres, but what attracted you to making Drill music? Do you plan on experimenting with other genres?

Poundz: Yeah, I listen to a little bit of everything and also written to loads of other stuff, but Drill gives me a different sort of energy when in the booth, so it just allows me to transfer that energy onto the track. Yea I’m open to other genres, I’ve already got stuff on different types of sounds you probably wouldn’t expect me on.

Rae: Who would we find on your playlist?

Poundz: I can’t actually pin that down to one or two specific artists to be honest, it’s more like whatever is good I’ll listen to. Like I’ll go through phases of different artists, right now I’ve been listening to Headie One.

Rae: What do you think you would be pursuing if you hadn't gone down the music route?

Poundz: I’m not sure you know, I’m quite enterprising, but at the same time I’m a good athlete so I would probably would have taken that more seriously and followed that up.

Rae: You've previously mentioned wanting to get to a stage where you don't need to introduce yourself. Do you feel like you have met that goal quicker than expected or are there other listeners you want to target with your music?

Poundz: I don’t think I would say I’ve met that goal quicker, as I don’t feel I’ve achieved it yet, but what I can say is that, it has helped people’s awareness of who I am and what I do. But I still got more to do for everyone to know, you know like a household name.

Rae: Do you feel your challenges and tracks going viral have enhanced your writing flair?

Poundz: In a way it just allows me to see what people are liking and what sort of vibe they enjoy, and as long as I bubble to it when I’m writing then I know I got a good one. The viral videos give me assurance that people are liking what I’m giving them. I like experimenting with my writing and trying new stuff, that’s the only way to discover other flows and stuff.

Rae: You've just dropped 'Opp Thot' which has gained a lot of attention, what can we expect to see from you next?

Poundz: Yeah ‘Opp Thot’ is really doing its thing at the moment. Next up I got more energy and vibes coming. Songs which everyone can enjoy, old or young, male or female. Going to be experimenting on some new sounds and give the people what they like.