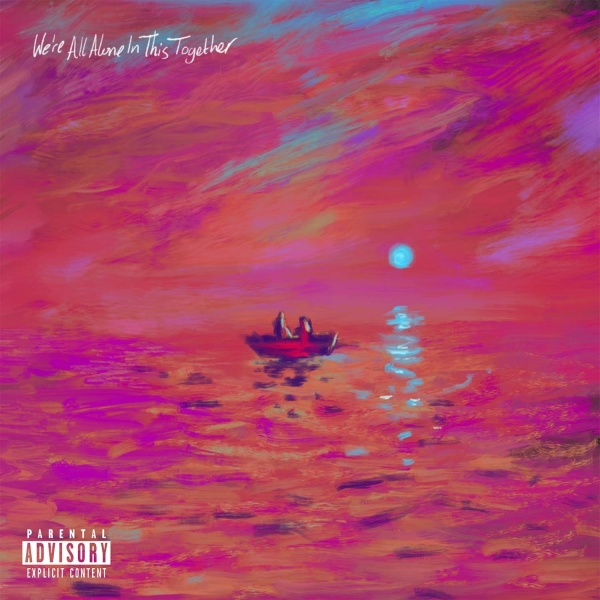 Opening with 74,000 chart sales, We're All Alone In This Together, the brand new album by Dave has claimed the number one spot in the Official Album Chart.

The latest release follows his debut 2019 album, Psychodrama, which picked up 26,000 chart sales in its opening week. It also went on to win the Mercury Prize award.

The sales from We're All Alone In This Together surpassed artists such as Olivia Rodrigo's debut album Sour, which picked up 51,000 chart sales in its first week back in June. It’s also the biggest opening week since November 2019, when Coldplay’s Everyday Life opened on 81,000. Dave's album also had the biggest opening week for a UK rap album since Tinie Tempah's Disc-Overy in 2010.

“Second Number One album. A lot of emotions but this is the work of the people, the best supporters on earth… my family and friends but most importantly God,” said Dave after finding out he had reached the number one spot. “For this, we give God the glory. 74,000 album sales in one week and it’s God’s doing. It’s our Number One. History.”

Breaking it down, 56% of sales came from physical purchases – Vinyl, CDs, Cassettes, and also from downloads. The other 44% was from streaming sales. 'Clash', the single that sees a collaboration with Stormzy also sits in the charts as it reached number two in this week's countdown.

Let us know what your favourite track is off We're All Alone In This Together.