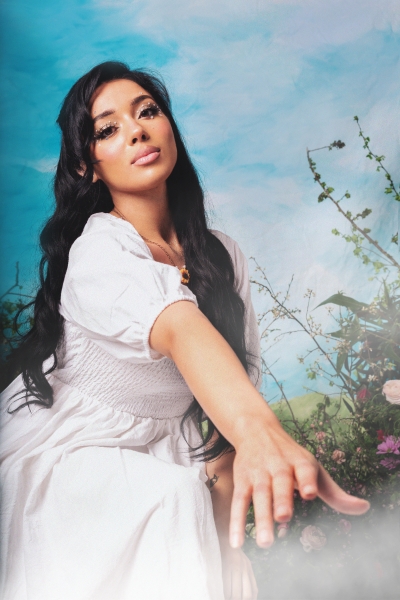 One of pop’s most promising newcomers, there is a lot to get excited about when it comes to Pixxy Lua, and her shimmering new single ‘Electric’ is a perfect example as to why.

Floating in with her soft, ethereal vocals and swirling synths, the subdued melody swiftly switches as anthemic kicks and punchy drum pads add a depth that allows her lyricism to truly shine. Produced by Big Zeeko, the track has hints of SZA and Chloe x Halle, yet is dashed with a celestial quality that is uniquely Pixxy Lua.

“To me, Electric is a personal song in which novelty is romanticised” Pixxy explains “It ‘glorifies’ the unfamiliar and idealises a state of mind where one does not worry about balance in life. The song captures the moment you realise you’re currently happy- consciously trying to savour the feeling- which prompts your intellect to identify it, pick it apart and put it into context, where it will slowly dissolve until it’s little more than an aftertaste, the beauty in the acceptance of the ‘coming down . It’s one of the first 3 songs I made; I had just begun living alone and exploring London and all parts of her city and people. I think the song translated all my feelings at that time”.

The Sao Paulo born singer-songwriter relocated to North West London at a young age, where she quickly became immersed in the rich musical and artistic culture of the capital. Enamoured by the eclectic and experimental, she borrowed from her love of poetry and painting to begin writing her discography, and her early work was heavily influenced by country, folk and Irish music. Counting Kate Bush, The Weeknd, Frank Ocean and Kurt Cobain as her biggest inspirations, the blend of genres is an aspect evident within her style, and keeps everybody on their toes as to which new musical avenue she will explore next.

An achingly cool new artist to watch out for, Pixxy Lua is just getting started.