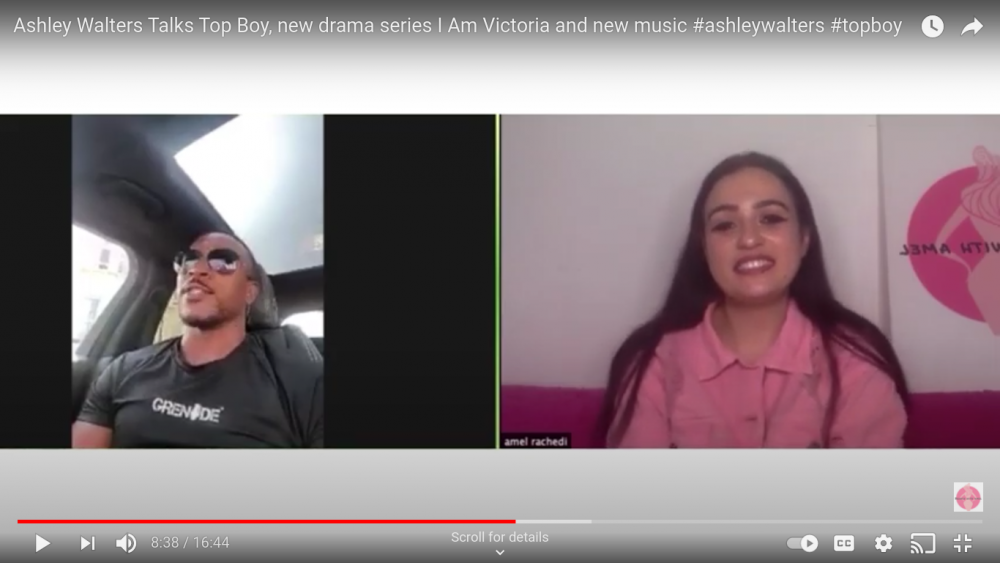 Super host Amel Rachedi is back with another episode of her interview series 'Brunch With Amel' and is this time joined by UK legend Ashley Walters.

Ashley Walters - also known as Asher D - is a rapper, songwriter and actor. Best known for his work with So Solid Crew and his roles in classics such as Bullet Boy - where he played Ricky - and his role in Top Boy where he plays the king pin Dushane; amongst a whole host of other roles throughout his lengthy acting career.

Amel manages to ask all the right questions whilst also keeping the interview fun and energetic and managing to get top quality content - and this is no different. Speaking on Ashley's music career and what he has got to come in that lane, as well as Ashley's drama school as well as his own acting career and how that came about, and some talk about Top Boy as well - no spoilers here.

Amel gets right down to it as always and there is a lot of amazing subjects for fans to take in throughout the episode. This is definitely the video to add to your current list of things to watch!

Check it out and see what Ashley has got coming up!