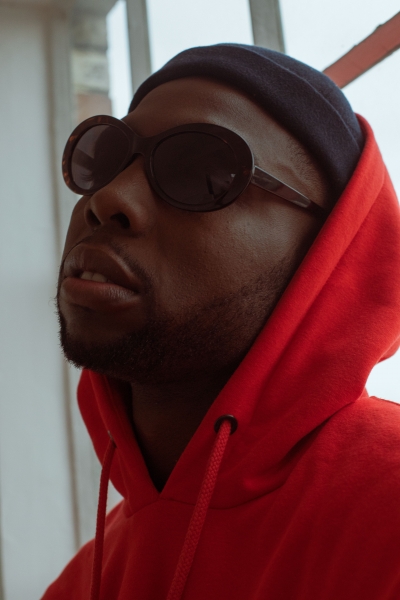 Known for his suave lyricism and soul-inspired rhythms, Tops Mafioso is raising temperatures with his provocative new drop ‘Working From Home’.

Inspired by the makeshift office scenario that many across the country found themselves in throughout the pandemic, Tops turns up the heat with his take on the ‘WFH’ phrase, instead of illustrating a narrative of his lover unable to focus on her job due to rising sexual tensions between them both. Cheeky and infectious, the single’s slow pace and pounding beat play as the perfect backdrop for the South East London rapper’s steamy lyrics, and the visuals marry with the mood, depicting the couple lit in hazy projectors and flirting in their flat. “Working From Home was made in the midst of lockdown,” Tops explains. “The phrase WFH has become something that is so familiar to modern society, I felt it was important to make a song about it and share some experiences we all may have felt. The song depicts a young woman who is working from home and her love interest is also home for the day but somehow she can’t seem to focus on her work and sexual tensions begin to rise. I really enjoyed making this song because of the concept it carries and the soulful element it brings. It’s cheeky, sexy and probably an experience a few have had but now there’s a record to break the ice and say I can relate to that!”.

With his sound often referred to as a melting pot of the multi-cultures he has grown up around in London, Tops ability to blend genres is second to none. Since debuting on the scene, he has landed himself on MOBOs’ ‘The Connect’ playlist, as well as Spotify’s Rap UK and Afro Bashment playlists, and graced the airways of BBC 1Xtra, Reprezent and Capital Xtra. A self-described creative and strong follower of fashion, Tops collaborated with the iconic Italian brand Fiorucci at their Soho flagship store, where he hosted an exclusive premiere party of his biggest hit ‘High Fashion’, which has since racked up over 90,000 streams on Spotify alone. Shortly afterwards, he teamed up with streetwear brand Marbek to design a range of collaborative merch jackets, which caught the attention of UK rap icon Tinie Tempah, and even created a mini-documentary video to coincide with his ‘Candles to Chandeliers 2’ single release, that explored London’s severe homelessness crisis.