HomeExclusivesKwengface speaks to us about his new project, finding his sound, and more!

Kwengface speaks to us about his new project, finding his sound, and more! 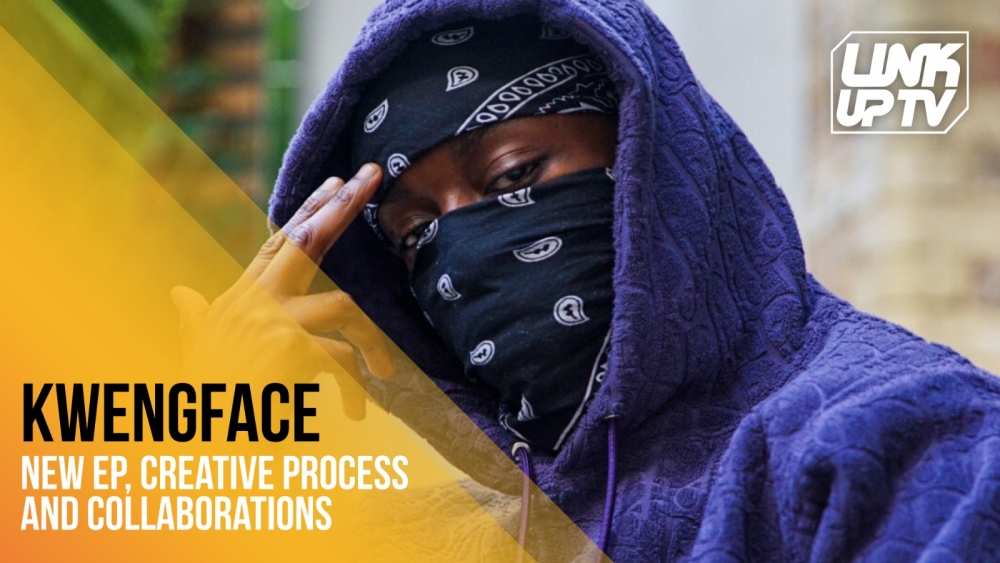 When you get into the conversation of who’s the hottest in drill right now, it would be hard not to make a case for Zone 2’s very own Kwengface. With one of the most unique and easy to distinguish tones, flows for days and consistency to make powerful tracks, he is in his bag right now. Having just released his brand new mixtape, we had a chat with Kwengface and discussed the project, a potential Zone 2 project, his creative process, and much more.

Kwengface has just dropped his brand new project titled YPB: Tha Come Up and if you are a fan of Kwengface, or even drill music in general, this is definitely one to be excited about. His unique tone of delivery and infectious energy are present throughout, however on the final track ‘Moodish’ we are teased with a slightly more vocal and melodic side to Kwengface. “I didn’t start as a drill artist. I did Rap, Grime, Trap, all of that. I decided that as much as I am a Drill artist I’ve always wanted to show that I can do other stuff as well which is why I added ‘Moodish’ to the tracklist. I’ve always wanted to do something like that though”.

Going back to mention the way Kwengface delivers his bars and his sound, if you listen through his discography from his first released tracks like 'Tour De Opp Block' up to his newer tracks like 'Tetley' the delivery is different. It feels like Kwengface has found his sound now and it is working for him incredibly well. “I was always on the music, but so much was going on in my life I never had time to sit down and actually master my craft. I feel like when I got the time, I just locked myself in the studio and I was just playing with sounds trying to see what worked. I’m at the point where I’d say now this is my career and it’s always my first priority, so I’m always trying different things to elevate myself as an artist”.

A solo career was not always on the cards for Kwengface. As we know, he is a member of Peckham’s own Drill collective Zone 2 - along with the likes of Karma, Trizzac, PS Hitsquad, LR - and when any of these artists collaborate on a track, you're in for a treat. “We did a few group things, and then some of my boys went inside so it made it hard to keep doing the group thing. They came out and we did a lot of group work but after a few songs we said let’s try drop a few solos. I dropped 'Hi-Hats' and that was my first solo track for about 9 months, and it went off. That’s when I kinda realised as a solo artist I can go off as well".

The lead track from the project is 'Bruck It' featuring Q2T which dropped with a music video accompanying it. One of the most energetic tracks on the album for sure and the chemistry between Kwengface and Q2T is undeniable. “I met him through links in the music industry but I knew him before. It was only a matter of time before we ended up jumping on a track together and ‘Bruck It’ is the result of that. I’m gassed with how it turned out”.

Zone 2 are arguably one of the hardest groups in Drill music when they all link up on a track. Following the release of '8Bar Freestyle' which dropped as a release for Razz Beats project The Vaccine where we saw Trizzac, Karma, Kwengface, PS Hitsquad, LR and Snoop all link up on a very cold track, fans are hungry for a Zone 2 project to drop and it seems it is a case of when the time is right it will happen. “We’re working on it. As a whole there’s still a lot going on surrounding some of us in terms of the law and our own personal lives. All of this going on outside of the music makes it kind of hard to work with each other because of some of the restrictions we are put under, but we’re definitely trying to make it work and put something out for sure”.

One thing that people always seem to be interested in is different artists different way of working and how they lay their bars on a track. For example, recently people may have seen Tion Wayne’s methods as a voice note came out of him humming to the 'Body' instrumental to find his flow and then fitting in the bars from there. “My track with Backroad Gee was a one off in the sense that, he went in the booth and then I went in the booth, and we just laid down bars and made a sick track from there. But if we sat down and took the time to be like, let’s make a banger then we could just smash it. His energy is just natural and he’s so easy to bounce off. I have to match that and add to it because I’m not trying to hold the song down. Normally I’ll write my bars to one beat and then lay them on a few different beats and see which one sounds the best. Studio engineers find it kind of annoying because they’re hearing the same thing on a different beat and they’re having to edit. I laid ‘Auntie’ on like four different instrumentals and it took me until the last one to decide that’s the one”.

When it comes to musical inspirations, it is hard to nail down any specific artists that come to mind when you think of who potentially inspired this generation of Drill artists. The Drill movement right now is so different to anything that has come before in the UK like the Grime and Garage days of old, however that can serve as an inspiration in itself. “I’ve always respected the UK culture a lot. Some people will say they don’t really like UK music and they prefer what the US artists were doing but I’ve always preferred UK music. So whatever comes out of the UK, if it sounds good, I’ll like it. I’m more about the culture than individual inspirations”

Kwengface’s new project YPB: Tha Come Up is available to stream on Spotify and Apple Music now. Be sure to check it out and show some love, it is not a project to be missed.