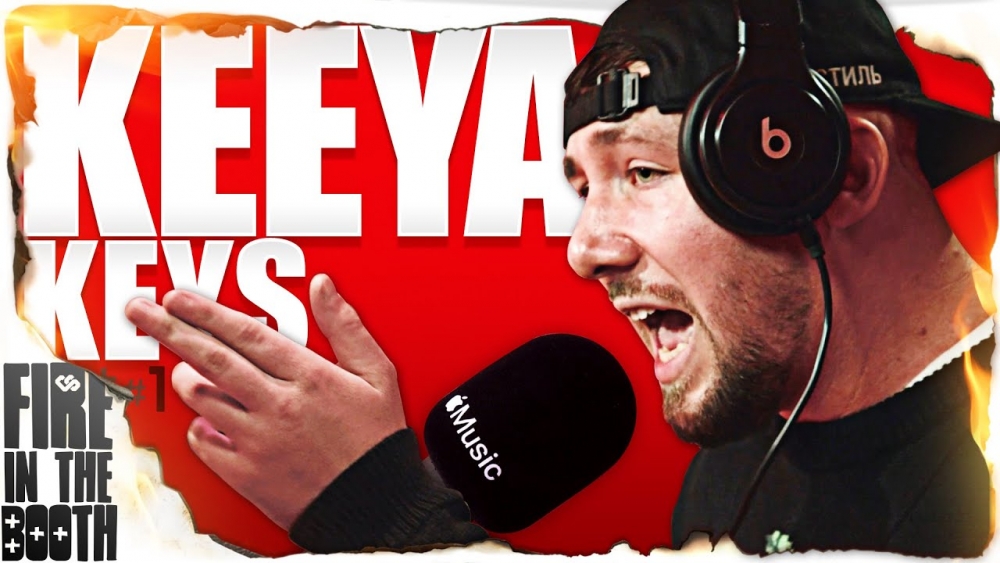 Keeya Keys popped down to visit Charlie Sloth to deliver his very own Fire In The Booth freestyle and it is hard.

Keeya Keys is a name that will have definitely popped up on everyone's radar at some point over the last 9 months as he has been dropping bangers like his 'Accraholic Freestyle' and 'Anglo Saxon' and his consistency is top tier, so it was only right that Charlie Sloth got him down to the studio and gave him his opportunity to jump on a Fire In The Booth.

Keeya Keys is one of those artists that every time he raps you just can't help but vibe to it. With his cockiness and a bit of a swagger about the way he delivers his bars, the way he drops in his punchlines and flows over beats so smoothly even when he switches it up and has a bit more aggression in his tone, he offers up something a bit different and it is a very refreshing sound that this guy has got going on.

This freestyle comes in two parts and both do exactly what they need to do perfectly. Showcasing his ability to slide in punchlines, showcase his personality as an artist with the way he raps about certain things such as drawing girls and his endless football bars as well as smoothly flow over any style of beat, this Fire In The Booth showcases everything we already know and love about Keeya Keys as an artist and then some.

You can check the freestyle out on YouTube or right here right now, see what you think of Keeya Keys' Fire In The Booth.