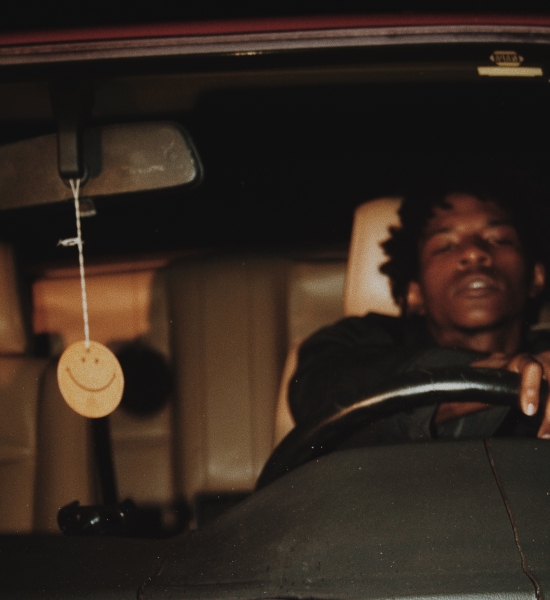 Mudrigo is an artist who, despite only bursting onto the scene earlier this year, has made a monumental impact, and his latest drop ‘Tears’ looks set to catapult him to the top.

Careering off at full speed, the track’s heart-stopping rhythm is gritty and raw, as eerie, high-pitched harmonies battle with the brash, brooding bass hits in a manner that is entirely hypnotic. The New Jersey rapper doesn’t come up for air as he manoeuvres the swift flow with ease, each verse delivered with tenacity and style. The electrifying visuals depict Mudrigo on flickers of VHS, as he raps into the camera whilst leaning on a flashy red convertible, as revving motorbikes encircle him, only adding to the striking energy of the track, which was produced by Johnny Colvin. “This composition is a continuation of HOOD and me battling with the ties I have with my environment,” Mudrigo details, “me reflecting what has made me who I am and pursuing what I want to become; while not trying to fall victim to early life decisions made as a youth”.

Mudrigo, also known as Rah’Meik Bowman, grew up in Vineland, New Jersey, where he began his musical journey sharing Soundcloud creations and numerous freestyles that ignited the buzz in his hometown. His talent caught the attention of local promoters, who landed him a slot opening up for fellow South Jersey artist Mir Fontaine. After his arresting 2021 debut with his slick hit ‘Hood’, he has since racked up over 1 million views on YouTube on the accompanying video, and an extra 500,000 streams on the single alone. After making his mark with an unforgettable debut, Mudrigo looks set to take over the rap scene this year.