HomeExclusivesHurricane Hunt and TomInTheChamber share what it's like making music as a duo, how they met and more!

Hurricane Hunt and TomInTheChamber share what it's like making music as a duo, how they met and more! 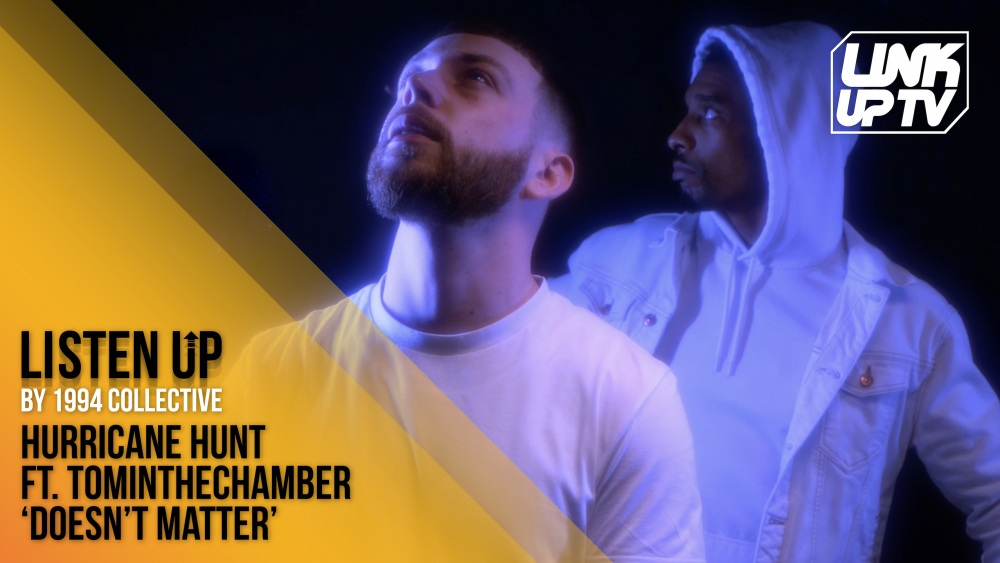 This time, we caught up with dynamic duo Hurricane Hunt and TomInTheChamber to discuss what it's like working closely with another artist, how they met and more...

’Doesn’t Matter’ is definitely a stand out track on your EP, Hunt - how did the collaboration between you and Tom come about?

Hunt: You see as an artist there are some songs that when you hear them you get super excited, and this was definitely one of those songs. Tom will literally send me music every single day without fail. Once I heard what he had done on this one, I was so gassed I just started writing to it immediately.

What was the inspiration behind the track?

Hunt: For me personally, I was inspired by relationship issues and also by feeling like I was making good music that was just falling on deaf ears.

The track is produced by Demo Beatz, with executive production from yourself, Tom - do you feel a lot of responsibility when it comes to executively producing a track/project for another artist?

Tom: It’s a massive responsibility, but it’s all about being on the same wavelength - that’s when the magic happens. Engineering, producing and songwriting all blurs into one; the more you do of each, the more you can see eye to eye with an artist so it’s all about offering your insight, but also allowing them to have complete creative control. Sometimes they won’t be able to articulate what they want, and sometimes they won’t even realise they want something until they hear it, so it’s all about experimenting until it clicks.

You guys are no strangers when it comes to working together - you released ‘Hurricane in the Chamber’, your joint project, back in March. What’s it like putting together a whole body of work with another artist?

Tom: We were about 10 tracks deep when we realised we were gonna make that tape - it just came together through meeting up and catching a vibe. It's a mixture of songs that are up to two years apart so ‘HITC’ really captures some fun times. We both bring out different sides of each other - Hunt’s wordplay and rapping ability inspired me to bring some sophistication into my songwriting. Then where melodies are my strength, I think it fed into Hunts' rapping style - so it worked out well for us both. We gelled by just bouncing off each other.

Were there any things that surprised you about the creation process?

Hunt: The only thing that surprised me was how comfortable Tom made me feel, especially as this was my first time doing vocals like that. I honestly don't think I would have had the confidence to do that if it wasn’t for Tom.

What’s the best part about teaming up with another artist to create music?

Tom: The energy is multiplied! It’s one thing making a banger by yourself, but when you’re both gassing each other up at the same time that’s when the best ideas surface - especially the kind of ideas you wouldn’t usually think of yourself. It’s no different to having a workout partner at the gym or something - you are a team and it definitely gives you both more confidence.

How did you both meet and when did you start making music together?

Hunt: My friend Teka called me and said he bumped into Tom at a studio in Tottenham and that it was a must that I meet him - from there it was a wrap! Once I heard Tom’s music, I instantly knew we would start making music together.

Tom: Yeah, it was during my years at uni when I was in and out of London a lot getting into sessions as an engineer and slowly as an artist. In this session, Hunt was present and the energy was instantly a vibe. Our first track together was ‘Problem’, which features on ‘HITC’, and was recorded in my dorm. I sent it off to Hunt for the blessing and from there we just didn’t stop.

Can we expect more collaborations from you both in the future?

Hunt: A thousand million percent! We’re currently working on ‘Hurricane in the Chamber 2’…

Take in the visuals for 'Doesn't Matter' below and be sure to connect with Tom and Hunt on Instagram.