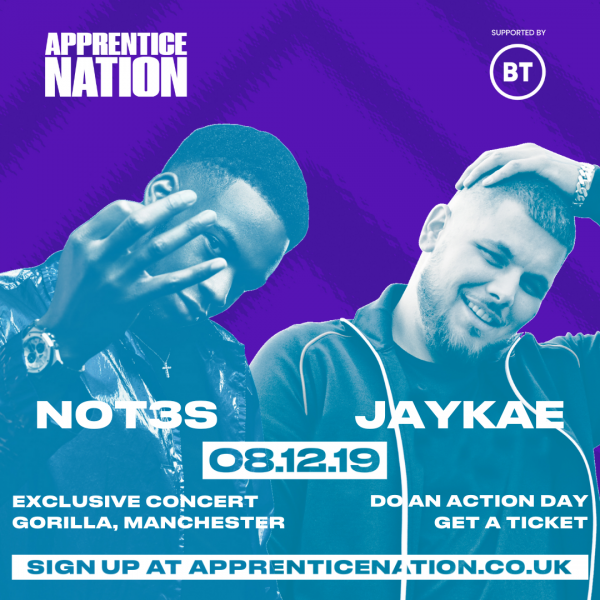 Apprentice Nation is the coming together of RockCorps, who have a proven track record of inspiring young people to take action through music concerts, and WhiteHat, Euan Blair and Sophie Adelman’s start-up building an outstanding alternative to university through apprenticeships.

Apprentice Nation was originally established to reach and inspire young people from all backgrounds to start their careers through an apprenticeship. The platform, supported by BT, promotes all kinds of apprenticeships while supporting social action projects to help local communities. Action Days will offer invaluable advice on apprenticeships as well as career advice and a social action element.

Every young person who attends an action day will earn a ticket to the exclusive celebration concert. For further information on how to sign up, head to https://apprenticenation.co.uk/