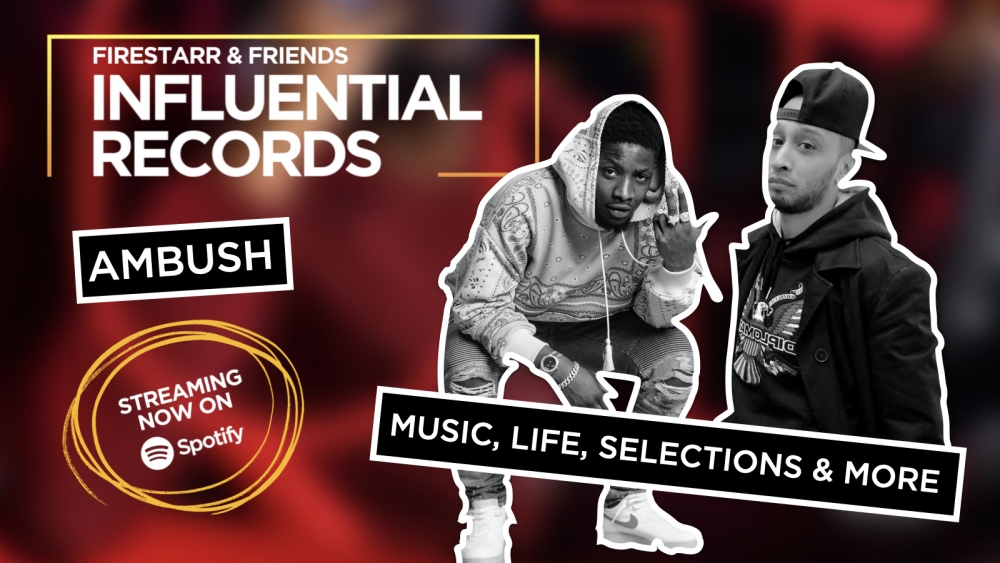 On this episode of Influential Records and Conversation, DJ Firestarr sits down with AMBUSH to talk all things music, kicking off by discussing his single 'Jumpy'.

Firestarr says: "He sent me a hard 'Jumpy' dubplate, that summer and the summers after that, that was mashing up the dances, so I gotta big him up for that...."

They also take it back to when they first met at the CBiz mixtape launch. As well as this, AMBUSH discusses the tracks that influenced him as an artist/growing up- ranging from Kano and Giggs to Marques Houston.

AMBUSH's project Ask My Brother was also discussed in the conversation. Here is his opinion on the success of the release (as heard in the podcast).

"You're definitely right, a hard tape, one of the hardest of the year, top 3 - and it's not 3! I'm defo under-rated I don't feel like it positioned where it was supposed to be chart-wise, but there are lots of different reasons for that, I'm an independent artist so it's like I'm just building myself, taking all the steps myself so sometimes I might make mistakes promotions wise, or I might not have the infrastructure a lot of these artists do with the major labels so I don't have the push so it might not be reaching as far as it should...."

In this latest episode, there is definitely a lot to unpack when it comes to what and who makes AMBUSH who he is today.

Tap into the episode below!

Check it out if you haven't done so already, and let us know what you think.