HomeExclusivesSlow It Down 07: Little Simz

Slow It Down 07: Little Simz 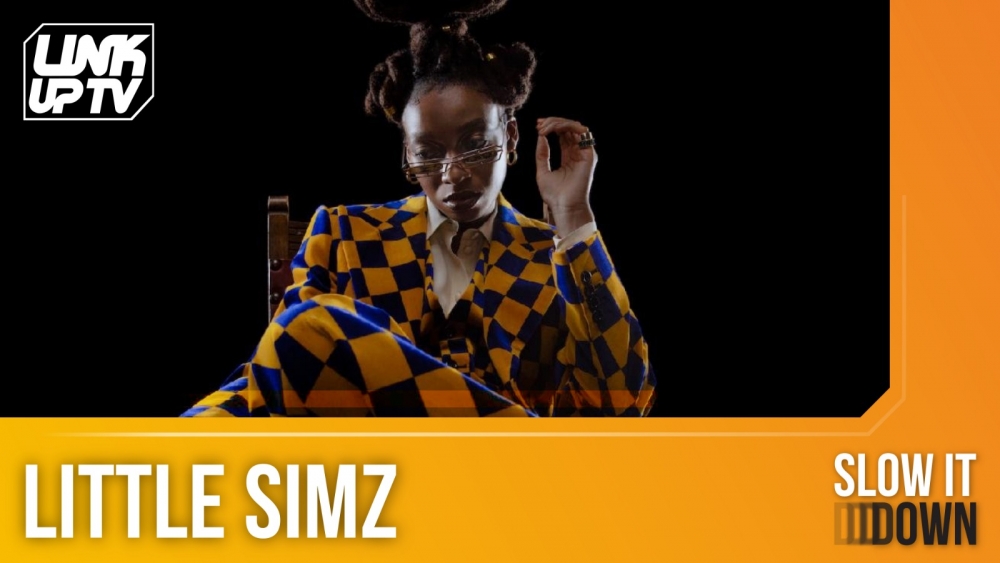 The UK has produced over the years some of the most incredible talented women from the likes of Ms Dynamite, to Lady Leshurr, to Shaybo, and many more. The woman that I am going to be focusing on this week is one of the most talented artists to come out of the UK. That's right, this week's Slow It Down is going to look at some of the slick and intelligent bars brought to us from the one and only Little Simz — the first woman on the segment.

Little Simz lyrics are not incredibly bar heavy but they hold weight in terms of the messages they aim to portray. A lot of the lyrics we are going to break down will not be based off of metaphors or wordplay, but instead the powerful messages they are conveying.

Lookin' to Heaven’s door, I've been saved, or have I? Asked for forgiveness, can I or will I? Negative at heart, am I? Or shall I explain what the world done to me? You wouldn’t understand what I been through fully." - Little Simz on Dead Body.

Consistent with the title of the track, a relevant theme throughout the track is the idea of afterlife. Little Simz briefly romanticises with the idea of finding peace through death via Heaven. However, she second guesses herself, realising that Heaven is not guaranteed if your sins are not forgiven. In the context of the track and the narrative throughout the song, Simz questions whether she is negative at heart and in turn not fit to be saved. Simz recognizes that the evil we all display in our thoughts and actions is largely a response to the world we live in as opposed to an inherent evil, (often described as original sin). In the context of the previous bar, she is proposing an argument for her to be forgiven of her sins and to be saved and in this verse, she elaborates on the negative circumstances that create the negativity and sin.

"I'm Jay-Z on a bad day, Shakespeare on my worst days" - Little Simz on Offence

Little Simz compares her writing prowess to that of legendary rapper and entrepreneur Jay-Z — who became the first rapper to be inducted into the Songwriters Hall of Fame — and late English poet, playwright and actor William Shakespeare widely considered the greatest writer in the English language. Both serve as inspiration to her and the way she puts her words together make this very clear, as this statement whilst it is a bold one, it is also very hard to argue with.

"Left wondering how I even feel But was it even worth it? I bottle up and then spill it in verses. One day, I'm wordless, next day, I'm a wordsmith Close to success, but to happiness, I'm the furthest At night, I wonder if my tears will dry on their own hoping I will fulfil Amy's purpose" - Little Simz on Introvert

These introspective lines unearth Simz’s qualms surrounding her purpose, not only in the music industry, but life in general. Simz has been praised for being one of the UK's most promising artists, having secured a coveted Ivor Novello award for her 2019 project GREY Area2 and even having been honoured with the Pioneer Award at the 2020 AIM Awards. Simz elaborates on her troubles by alluding to legendary English singer Amy Winehouse, who passed away in July 2011. Simz has never shied away from declaring her admiration for Amy Winehouse, having written an entire song, 'Flowers', around the events that assisted in Winehouse’s tragic demise.

These are just some of the lyrics that really let you know what sort of artist Little Simz is and how talented she is as a songwriter. As always let us know what your favourite Little Simz bars are and let us know who you would like to see on the next edition of Slow It Down.