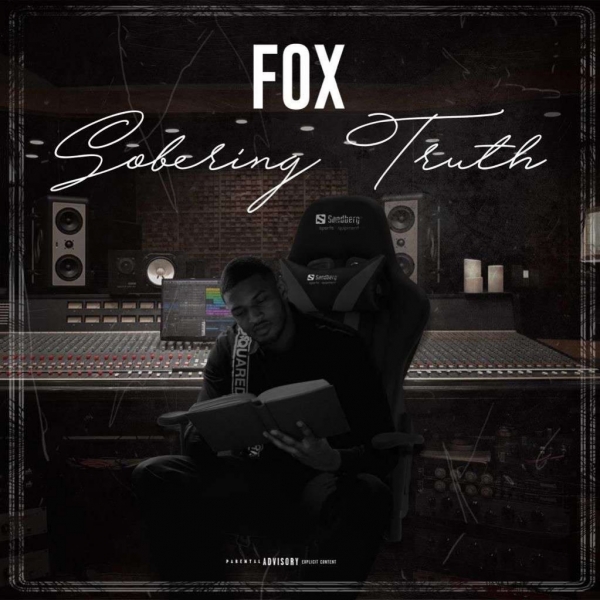 Birmingham's very own Fox has delivered a brand new album and it comes with real, raw, storytelling vibes.

If you don't know about Fox by now then I advise you open up your streaming service of choice and take in what this brutally honest story telling rapper is saying - because there's a lot. Having released a documentary talking about his mental health, and the importance of speaking to people about whatever you may be going through, titled 'Don't Stay Silent' earlier this year, this album is the perfect follow up.

From the opening track 'Mother's Son' you instantly know that the vibe of the project is going to be brutally honest, no holds barred, vivid lyrics that are going to hit you in a place where you are really going to feel it. The subject matter throughout the project is relatable to anyone and everyone, because whether you acknowledge it or not, we all suffer or have somebody close to us who suffers or has suffered with their mental health at some stage of their lives.

Fox delivers his bars from start to finish from the point of view of somebody who has struggled a lot with his own mental health. Nothing to hide, nothing to hold back, Fox opens up about events in his life that have affected him and turned him into the person and the artist that he is today, as well as telling stories from other people's point of view, showing both sides of the coin - which shows off the incredible talent he has because that is difficult to portray.

The standout track for me is track three 'Coping Mechanisms' as he speaks on a lot of things that many people do day in, day out, just to help them get by. This track really struck a chord and got me thinking about a lot of things. Fox's ability to evoke emotion with his lyrics and delivery is incredibly powerful and is something that does and will draw a lot of listeners to hismusic because it is so easy to relate with what he is saying.

The album is out now available to stream on Spotify and Apple Music so go and take this one in, it'll have you hooked from start to finish.