HomeExclusivesListen Up: Crae Wolf shares why she crowned herself "Queen of Flow", her new single 'Side Eye' and more...

Listen Up: Crae Wolf shares why she crowned herself "Queen of Flow", her new single 'Side Eye' and more... 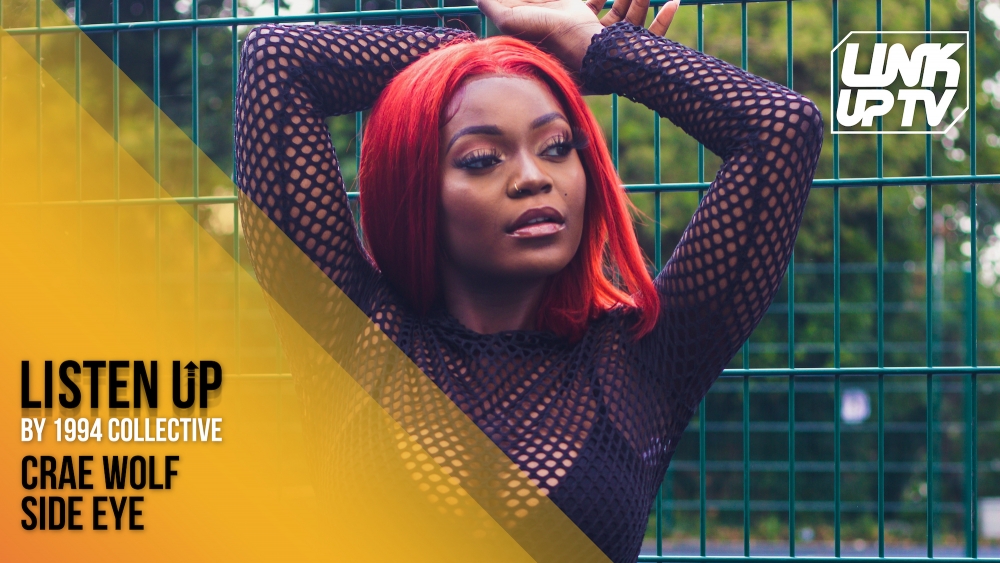 For this instalment, we caught up with fiery UK rap royalty Crae Wolf to hear all about her new single and more...

Your brand new track ‘Side Eye’ just dropped! How has the response been so far?

It's been amazing so far, a lot of positive feedback and people showing me love which is a nice feeling. It’s definitely a catchy and relatable song.

You have self-crowned yourself “Queen of Flow”, what made you give yourself that title?

It’s because my flow is crazy! As a female rapper I think I have the best flow in the UK 100%, and I don’t have just one flow, I can switch it up and flex on any beat. My songs don’t sound the same throughout, there are multiple flows on one track. It’s very different to everyone else, including the guys. A queen is a prestigious position, so it made sense to crown myself and once you’ve listened to my music it will make sense.

The track comes alongside dope visuals directed by yourself and Eli Shot’em. How did you find the process as an artist co-directing a music video?

It comes naturally to me as it’s my song, plus I’m super creative and like to do the most. Once I’ve recorded it and listened to it over and over again, I started to picture it in my mind. This song just gave me the vibe of a bad b, biker chick pulling up to a traffic light. Once I shared my ideas with Eli he was just like “yeah cool, I know what you want, I’ve got locations in mind so let’s do it". He’s easy to work with and it’s nice to see everything come to life.

What was the inspiration behind ‘Side Eye’?

Its actually funny because it’s inspired by everyday London life, especially back in the days. Growing up in ends with your friends or "the gang", there’s a respect thing. You’re not really supposed to stare at people you don’t know and it’s best to just mind your own business. More time when someone catches you looking at them, even if it’s not in a funny way, where I’m from people would say, “Why is she watching me for? Is she alright?". It’s like a universal response from Londoners in the urban scene I think. So basically don’t watch what I’m doing, even though I know what you’re doing because I'm keeping an eye out on everyone else.

The track comes as the first official single from your forthcoming project ‘Rogue’ — what can we expect?

The project is full of bangers! There’s Drill, hard Rap and some sexy R&B — it’s just pure vibes on there. Definitely something for everyone. I want the music I make to touch people in any way that it can. Confidence is a big thing that a lot of people struggle with and this project is laced with it. I want listeners to feel like “I am the s*** and no I won’t take nonsense from anyone. I deserve everything I want and more.”

We know you know how to switch it up when it comes to genre, but what’s your preferred type of instrumental to spit on?

It depends on my mood to be honest but currently Drill beats. I have a thing for dark cinematic beats that tell their own story before I even write to them. You start to nod your head subconsciously and you’re like, "Yeah this is hard".

You originally wanted to be a singer — what made you realise that rapping was where your passion lied instead?

I always really enjoyed rap music and loved the rap features on a lot of songs made by singers. I always felt like it added a kick to the songs and it was fun to learn the lyrics. An example of this is whenever Beyoncé did a track with Jay Z, I’d learn both parts and copied their individual mannerisms whenever the songs came on. That’s how it started for me but initially I didn’t think I could rap. Then the freestyle challenges on Instagram started which I took part in for fun, but then people were like, "Wait you’re actually sick and you look like a rapper". I was getting praise and respect for my bars which made me think, "I could actually do this for real". Rapping makes me feel gangster and I love it.

What’s your favourite part about being an artist?

My favourite part is when I get to perform my music on stage. I’m an all round performer so you get a serious show for sure. I dance and sing too, so just being able to express myself freely in front of a crowd is an amazing experience — especially when people dig the vibe and you see them look back at you with a smile or saying your lyrics back to you. It’s sick!

How have you found it being a woman and navigating your way through the music industry?

It has its up's and down's as I want to be taken seriously. Being a woman, I understand that there are certain expectations and the bar is raised slightly higher for us than the guys. It was always going be a challenge in such a male dominated scene but I’m ready for it. I’m built different and the plan is to stand out and let my talent speak for itself. I want to go up against the best — male or female it doesn’t matter because I’m hard.

What else is on the horizon for ‘Crae Wolf’ aside from the release of your project?

I’ll be doing live performances that you don’t want to miss. I’m also working towards doing festivals next year, so that’s the goal — the bigger the crowd the better. I have a couple features that are in the works too, so there’s a lot more to see of me.

Check out the visuals for 'Side Eye' below and be sure to connect with Crae on Instagram and Twitter.