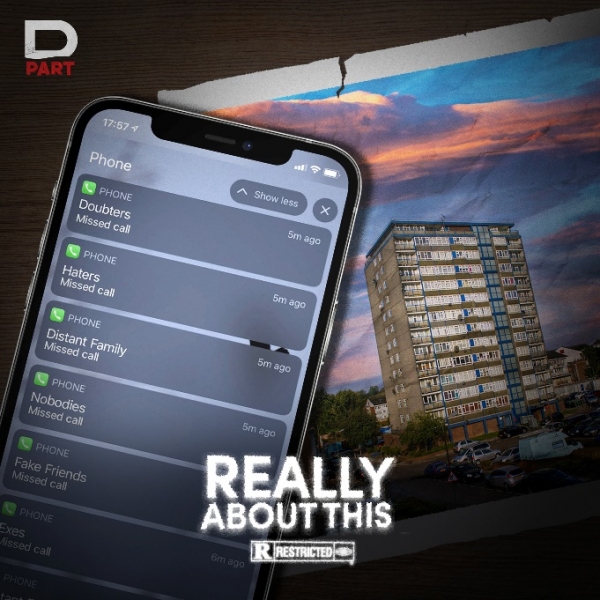 North West London rapper Dpart is back with another banger with a very important message behind it.

Dpart is back with his new single 'Really About This' where he sends out a message of truth that he faced when trying to overcome his old friends doubts in his ability and overcoming adversity growing up in a North West London council estate - a message which many people will definitely be able to relate to.

Over an upbeat guitar based drill instrumental by Mason X Beats, Dpart talks about how his old friends never truly believed in his ability to make it as a rapper and achieve all of the things that he always knew he could. Dpart details some of the things he had to do to get by growing up poor in a council estate in North West London - with a more upbeat view to some of the shenanigans he used to get up to. Dpart's ability to look at the positives from the situation and use the doubts to elevate himself to where he is now is something to take inspiration from.

From having people doubting his abilities, to having received support from Soccer AM, Jamal Edwards, Wes Nelson and many more platforms and influencers, the message in this song is clear. Do not give up on something just because a few people are doubting you, but use that to want to work harder and become even hungrier. It worked for Dpart as he proved all of his doubters wrong by charting with his track 'Declan Rice'.

Dpart's brand new track 'Really About This' is out now and you can watch the music video for it right here.