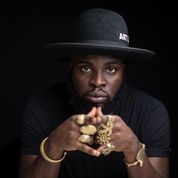 Produced by Ghanaian musician Øbed, who has recently worked with Amaarae, Wande Coal and SuperJazzClub, and mixed by Beninois producer Rvdical The Kid (Tems, Kojey Radical, Nonso Amadi), with the music video crafted by South African director Adriaan Louw, who has also worked with the likes of Major Lazer, Wizkid, Mabel and Burna Boy, ‘La Vida’ is proudly African through and through – not only in the sonic themes, with those percussion drums and M.anifest infusing his mother tongue into the song, but also down to its creative personnel.

Speaking about the inspiration behind ‘La Vida’, M.anifest says, “it is a song I wrote with a mischievous grin. I imagined freeing myself and getting up to no good with a woman I dig with both of us having no care in the world about people, opinions, or rules. It almost felt like I was living vicariously through some of my own memories”. About the music video, the Ghanaian star adds that, “we shot it in Madina, which is the neighbourhood in Ghana I grew up in, and the essence was to tap into childhood memories and evoke a feeling of nostalgia”.

A rap icon on the continent, with six acclaimed projects spanning over a decade, countless awards over his career and over three million fans on social media, M.anifest is one of the most revered figures in the African music scene. Described as one of the foremost rappers on the continent by The Guardian, with further acclaim from the likes of BBC, CNN and Revolt, his musical reach extends well beyond Africa, with collaborations that range from Damon Albarn and Red Hot Chilli Peppers; Flea, to Erykah Badu and Tigga Da Author, to Kojey Radical and Burna Boy, among others. His fifth studio album Madina To The Universe – stylised as MTTU – arrives in 2021 to further solidify his iconic status within the African music landscape.