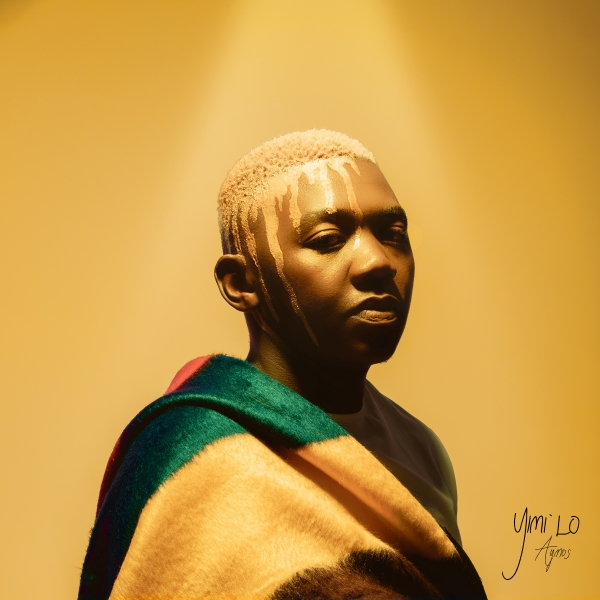 On the back of an explosive and consistent 12 months, which include a feature on one of the biggest amapiano tracks of 2020, ‘eMcimbini’ with Kabza De Small and DJ Maphorisa, and game-changing collaborations with UK producers Juls and Karen Nyame KG, the amapiano prince Aymos is excited to unveil his 14-track opus championing the unique afro-yano sound.

The album’s lush melodies, soulful afropop sensibilities, and Aymos' sublime vocal performances make Yimi Lo one of the best amapiano soundscapes of the year. Ahead of the album's release, the lead singles ‘Jemeni’, ‘Risasekile’ and ‘Ababuyanga’ have already garnered over half a million streams on Spotify alone.

Speaking about the inspiration behind Yimi Lo, which translates to “this is who I am”, Aymos says, "The music on this album is inspired by my years so far in the industry and all the ups and downs I experienced to get here. When 'eMcimbini' dropped, I faced many obstacles that caused me to consider quitting music or trying to be someone I wasn't. Holding on to who I am, and my values is what this album is about. I appreciate human beauty and accept individuals for who they are. Nobody has to change anything about themselves if they don't want to. My album embraces love, warmth, and the spirit of Ubuntu, and of course good vibes!”

As Aymos navigates through the album, he is transparent about a young artist trying to break into the industry. Whether it’s the tongue-in-cheek ‘Lyf Styl’, the braggadocios ‘Amapaperbag’ or ‘Risasekile’ about rekindling an old flame, the project’s deeply personal approach covers everything from love and heartbreak to aspirations as an artist to finding identity and calling, over resounding amapiano music with slants of lush afropop and soulful house that will keep listeners wanting more.

Born and raised in Tembisa, Aymos picked up on his talents as a singer and music lover within the church, where he honed his skills as a composer and artist. He soon began carving his way through the industry. First as a backing vocalist and then as a session musician, before collaborating with Mas Musiq on the hugely popular ‘Zaka’, and then appearing alongside DJ Maphorisa and Kabza De Small on the groundbreaking ‘eMcimbini’ – the rest, as they say, is history.

In the time since, Aymos has gone on to solidify his place among the top amapiano artists. With two nominations for the South African Music Awards as well as over 20 million plays, the rising star is just getting started!