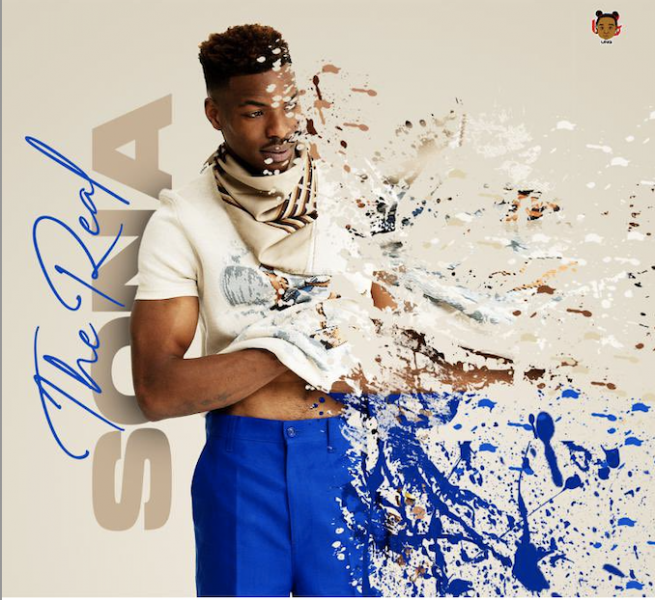 London-based Nigerian Afrobeat star, Sona makes his definitive comeback on a bedrock of 4-tracks, all meticulously done to factor in a mix of styles that are unmistakably Nigerian at heart. Having released a flow of successful songs: ‘Looku Looku’ back in 2019, Sona’s credentials have never been in question, all the way
through 2021 when he dropped the recent hit single, ‘Lagbaja’ earlier this year whiles working on Olamide project.

On ‘’The Real Sona’’, the proven singer-songwriter doesn’t seek to redefine the now widespread genre, but simply reconnect to his audience back home and beyond. To do this, he goes entirely solo, working with producers Don Drim, Vurra, DJtr and Footsteps, as he wavers between styles: “This EP is my most versatile yet, and I wanted lovers of Afrobeat to get a variety of emotions from start to finish. I wanted it so, just so I could experiment with different styles and put their favourite artists in panic mode,” Sona cynically shares.

The project gets to a fine start with the celebratory ‘Aye Mi’. One of the EP’s finest, it has Sona sing about facing life head-on with no regrets whatsoever. His sweet vocals in turn yield a conviction that points to the Afrobeat star’s undying confidence in his journey so far. He then follows up with ‘Enter’, a drum-laden upbeat tempo song that pumps much life into the track-list, closing in on Sona’s pursuit of love in a fiery manner, before things shift to the contrasting ‘When I Pray'. Here, Sona in Trap-styled flow superficially raps about what’s at stake for every young black man and forms a resistance against the many faces of adversity with a pulsating ghetto prayer for his hook.

To close his concise project, Sona leans on the very soothing Amapiano styled ‘Telemi’, as he again embarks on the pursuit of love, but in a delicate tone this time around. He creates an immersive experience, sure to submerge listeners in a tranquil sea of vibes they’d be longing for long after it even ends.

For a 4-track EP, ‘’The Real Sona’’ comes off as quite roomy, mostly due to its versatile air, made evident in genuine styles that are beguiling and still fun to plow through upon multiple replays. ‘Aye Mi’ and ‘Telemi’ beautifully outdoor Sona’s vocal ability, with ‘When I Pray’ a subtle hint he could catch up with new wave rappers.