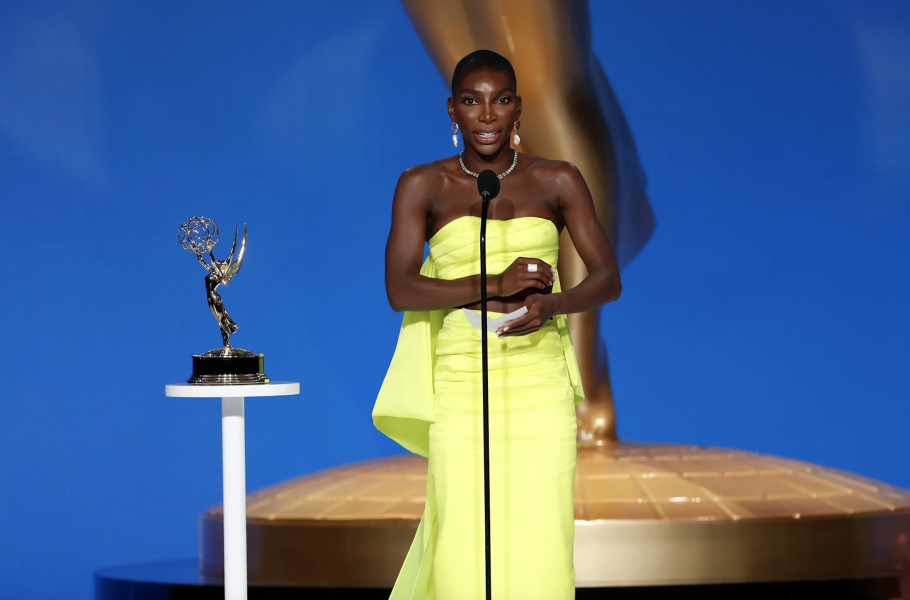 Last night, Michaela Coel won an Emmy for Best Writing in a Television Limited Series or Movie, for her work on HBO and BBC’s I May Destroy You. In addition to writing, Coel also created, produced, directed, and starred in the series. Also up for the award, last night were Mare of Eastown, The Queen’s Gambit, and three episodes of WandaVision.

In 2017, Michaela Coel turned down Netflix's $1 million offer for 'I May Destroy You' because they wouldn't allow her to retain any percentage of the copyright.

I May Destroy You follows a young writer struggling with the aftermath of a sexual assault and is inspired by Coel’s own experiences. Coel was also nominated for Best Actress in a Limited Series or Movie.

As she accepted her award, Coel gave a powerful speech.

B Live Is Back With Single 'Foundation' Alongside Durrty Goodz