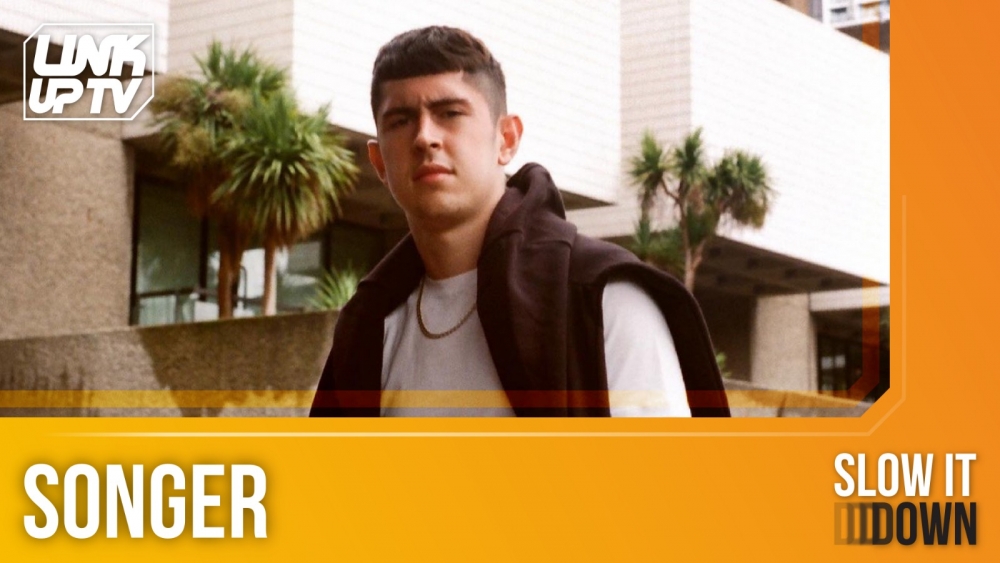 This weeks instalment of Slow It Down is going to focus on - in my opinion - one of the most underrated artists of recent times. Songer is a 22 year old rapper from Reading who has everything in his arsenal to make it as a huge name act in the UK. He has bars in abundance, he is self aware, he has flows upon flows and knows how best to use them and he can rap over any style of beat - as shown in his recent Sunrise Session Blackbox Freestyle. Before we look at any of his bars, if you have not heard any of his music I urge you to check him out, he is cold.

"Man better know I'm a serious barrer, Jorginho, that's a serious passer, Me and him put s**t over your head like Ramires, Barca" - Songer on Carefree

This entire track is full of football bars which are specifically Chelsea related as that is Songer's team. The title of the track is also tied in with the Chelsea theme as one of their most well known fan songs is also called 'Carefree'. The bar explains how just like a Jorginho pass, and a very famous Ramires chipped goal against Barcelona in the Champions League, Songer has the ability to spit bars that will go over your head. Subtle bar, but for football fans this one is cold.

This one is short and sweet, nothing too crazy but it it is one of those bars that just catches you a bit off guard. Songer is saying he hypes up a crowd and gets his listeners gassed with his lyrics and his performances, and if you live in the UK you will know that there are Tesco Express' and Tesco Metro's, the differences between the two being the sizes of the stores, but also Tesco Express stores often tend to have a petrol/gas station whilst the other does not.

"So I wrap those grands in elastic bands, You hold food like plastic bags because you love dizz like Raskit fans" - Songer on his first Blackbox Freestyle.

In this bar a younger Songer is saying that whilst he's been making money and counting the money he's made from doing shows, selling tracks and so on, others out there are not on the same level, not close to making the money that he has made and probably look after drugs for their olders probably not even for any money but a small amount of drugs. With Dizz being a street term for the drug MDMA and Raskit being the legend that is Dizzee Rascal's nickname, and food being another word for drugs - linking back to the previous mention of Dizz/MDMA - and everyone knows when you go food shopping you bring it home in plastic bagsm the way this bar is tied up is brilliantly executed.

"Old girls aren't peng any more, but they were fit like the L'Oreal advert" - Songer on Haka ft Deyknow

This bar is super slick, and might go over a few people's heads at first listen but this is one that I have always loved. What Songer is saying is girls that used to be attractive to him, are not any more so they 'were fit' but everyone knows about the iconic L'Oreal slogan 'because you're worth it'. With 'were fit' and 'worth it' sounding the same, this bar is super slick and may not be caught at first listen but once again, a cold bar from Songer.

These are just some of the many, many bars that this young artist has in his tracks and there are plenty more where that came from. Along with speaking on sensitive topics, this is just an introduction to an artist that once you have heard him, you will wonder why he has not blown just yet, but his time is sure to come.

Thanks for checking out this weeks instalment of Slow It Down, let us know on Twitter who you would like us to focus on next time!