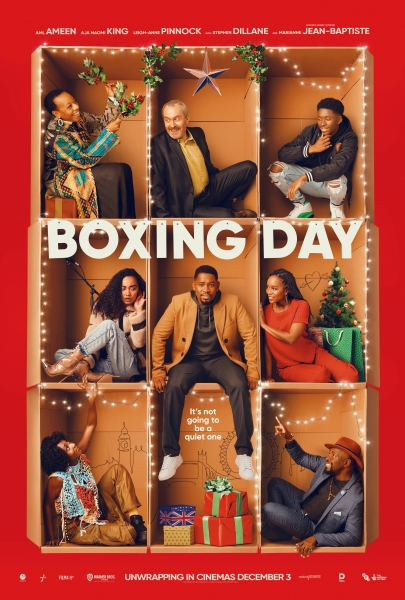 The first of its kind in the UK starring an all-black cast, Boxing Day is the directorial debut from British actor-writer Aml Ameen (Kidulthood, The Maze Runner, Yardie) who has co-written the screenplay, with Bruce Purnell, and stars as Melvin.

Inspired by the diary of Ameen’s life, the film is a celebration of love and family through a black-British lens. The film follows Melvin (Aml Ameen), a British author living in America who returns home to London for Christmas to introduce his American fiancée Lisa (Aja Naomi King) to his eccentric British-Caribbean family. Their relationship is put to the test, as she discovers the world her fiancé has left behind.

Make sure to check out the trailer below: