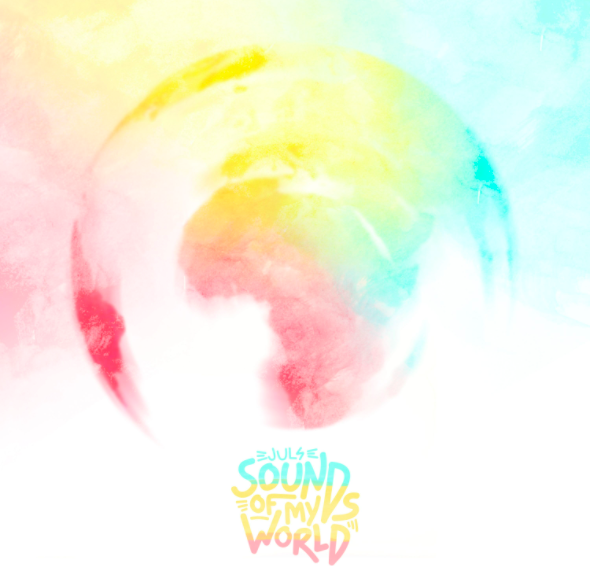 The long-awaited album is the culmination of the artist, curator and champion of African music Juls has moulded himself into over the last 7 years. A body of work affirming to the world at large that he is ready to truly and fully emerge from the sidelines and background. Staking his claim as one of the UK music industry’s best-kept secrets.

After many years of making a name for himself as one of the UK’s most in-demand producers, working with the likes of Mr Eazi, WizKid, Burna Boy, Sango, Tyler The Creator, Stonebwoy, GoldLink, Lauryn Hill, Masego and many others, ‘Sounds Of My World’ functions as Juls’ definitive statement.

Continuing to build and crystallise what is fast becoming his signature style, the album is a seamless and cohesive mixture of sonic palettes from across the black diaspora. Borrowing from afrobeats, ampiano, reggae, R&B, hip-hop, high-life, baile funk, jazz and lovers rock for a gumbo of sounds. The album features guest appearances from some of the music industry's finest talent such as Dreamville’s Bas, Jaz Karis, Fireboy DML, King Promise, A2, DarkoVibes, Sauti Sol, Oxlade, Kojo Funds and more.

Speaking on the magnitude of finally releasing his debut album, Juls says - “It's been a very long process. I started making this album after my ‘Colours’ mixtape in 2019. I’ve been selfish and just focusing on myself. Working on my brand and sound, so I haven’t really made records for a lot of other artists. I'm excited for the world to hear what I've been working on. I pray it does very well because I’ve put a lot into it”.

The momentous release of the album is joined by the unveiling of a new single ‘Close To Me’ featuring Afrobeats royalty WizKid alongside Agent Sasco and Jael. Positioned as the album’s opening track, ‘Close To Me’ impeccably sets the tone for a stunning album tailor-made for a party regardless of the season. The new single marks the second collaboration between Juls and Wizkid, following the critical acclaim given to ‘True Love’ which has grown to be a massive fan favourite from WizKid’s blockbuster ‘Made In Lagos’ album.

Speaking on uniting with WizKid once again, Juls says - “We had loads of ideas from a couple of years back sitting on my laptop. I feel this one is very special because I’ve always wanted to make a record like this. A perfect blend of African and Caribbean cultures. It oozes elements of dub, reggae, afrobeats, soul and R&B. I love that Wiz brought all that to the song”.

The release of ‘Sounds of My World’ was preceded by previous singles ‘Chance’ featuring Tay Iwar and Projexx, ‘Wicked’ featuring Knucks, Sam Wise and Kadiata and ‘Love Me’ featuring Niniola. All of which to date have received praise and support from a plethora of outlets like The Independent, The Line Of Best Fit, Wonderland, CRACK Magazine, DUMMY, NOTION, The NATIVE Mag and Highsnobiety.

Hailed by The Fader as “an essential connector in the current Afropop music scene” and tipped by Rolling Stone and Hypebeast as prolific figurehead behind the global explosion of Afrobeats and African music as a whole – the arrival of Juls’ debut album is symbolic of the hard work and years spent vaulting African music from the underground scene into the mainstream music realm. ‘Sounds of My World’ marks a vital milestone for one of the UK’s most distinctive and pioneering artists.