Rapman: Through the Years 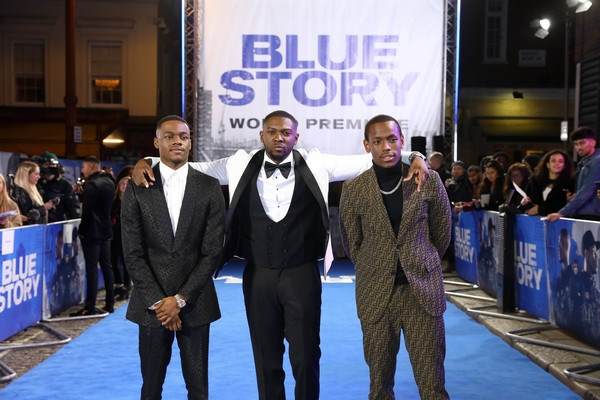 Growing up on the roads of Deptford Andrew Onwubolu always had big dreams. Dreams that existed long before his well-known moniker came into existence. He was born into an unfortunately predictive world for the young black men of London’s boroughs. One of the postcode wars, poverty and institutional classism instilled over decades and generations. Themes of violence, pride and revenge have always been present in the environment around him, which makes it all the more impressive that this talented young man was able to birth creativity out of the chaos. But how did Andrew earn his name? How did he become the artist we know as Rapman?

Values were instilled in his mind from an early age, with a strict set of Nigerian parents trying to keep Rapman on the straight and narrow. This is easier said than done, however, and it can be hard to see past the confines of your own estate not only physically but mentally also. When you’ve been grown in a single place for your entire life, the relationships you make are long-lasting and naturally, people become protective of their ends. Friends protect friends, the label of a gang often comes into play from external sources and individual opinions born into privilege. Once disagreements begin an endless cycle ensues, and this became prevalent also in the life of the young creative. This emotional and self-lived understanding of juvenile inner-city minds has provided Raps with a solid base in which to tell the stories he does. Not a judgement but an observation from someone who was raised in the very same streets, somebody who empathises rather than labels and reprimands. When society provides so little opportunity and a chance to the inhabitants of its estates and communities, gang culture is a natural fallout. Rapman understands this and knows the importance of reputation to these young minds. More importantly, he isn’t afraid to educate them and ask if this way of life is really worth it?

Moving into his late teenage years, Raps knew that this life wasn’t for him. Music became a real positive focus in his mind, and while holding down jobs in retail and service he used his spare time wisely putting pen to pad. He dreamt of following the success of the American greats, famous sports personas and other heavyweights in the public eye. This, of course, led him to a natural crossroads in his journey, with a presented decision to commit to a life with the friends with which he was raised or strive for bigger things. Thankfully, we all know the talented creative chose the latter. A child and partner were thrown into the mix in the following years, which only made his decision more concrete.

The authenticity and unique nature of Rapman’s music speaks for itself. It’s obvious that storytelling and narrative have always been at the heart of his product, and paired with incredible technical and lyrical ability his music has always spoken to its audience with brilliant clarity. As well as creating impressive tracks, his understanding and love for drama have always been apparent also. Actors play an important part in his music videos which are all self-directed, and without studio interest during his beginning, all content was promoted and uploaded to YouTube by the man himself. A major following quickly ensued without need mainstream charting success. Appearances on Link Up, SBTV and BBC Radio only added to his ever-growing reputation, with a loyal fanbase keeping their eyes peeled for his next body of work.

‘Blue Story’ was originally told on YouTube in three parts. Making use of his unique narrative style Rapman narrates his stories with ease, transforming material that for many listeners and viewers may be hard to hear into a digestible, impressive and overall entertaining product. It was clear upon part one’s release that the production value our narrator was working with was incredibly high, setting the bar for his later works and anyone trying to tell tales in the same way. Calling in favours from friends and getting hold of equipment in any way possible, a clean and impressive cinematic structure was put into play. If ‘Blue Story’ served as an introduction to this new blend of art forms, ‘Shiro’s Story’ was it racing into its prime.

For the casual viewer, Rapman’s success may have looked like an overnight occurrence. As followers of the culture and fans of his prior work we know that he had been on his grind for some time, but with the release of ‘Shiro’s Story,’ a whole new world and audience were opened up to its creator. The story of family, loyalty and betrayal released at the tale end of 2017 showcased a refined filmmaking skill its director had experimented with in prior practice. Shots flow together seemingly as the narrator spits with a commanding presence, topped with some fine performances from its brilliant young cast. A million views were reached in only days, and demand for parts two and three quickly came to the forefront of the comments section and social media. Rapman, of course, indulged his audience, and the trilogy has now amassed over twenty million collective watches. Mainstream success was indeed on the horizon for the burgeoning South London star.

We now all know the name. Many fellow artists and contemporaries have shown major love for Rapman’s work, including Jay-Z himself who quickly signed the creative to his Roc Nation talent pool. Paramount Pictures and the BBC were quick to open development talks, leading to the production of the upcoming feature-length adaptation of ‘Blue Story’. In no time its director is finally becoming a household name. Critical acclaim is welcome by-product.

Rapman’s work champions fantastic emerging young British talent, and this refreshing new brand of cinema has never been more needed in a tired industry. For years people have underestimated him, the voice of these lost youngers that he writes so well is so quickly forgotten and a need for representation has never been more necessary. It isn’t just because of the ‘woke’ culture that stories like this are now being produced. They are making it to our screens because Rapman proved to the industry heads that there is, in fact, an audience willing to support his art. People want to hear these stories, and awareness of the major societal issues that they raise is something that London and the wider British landscape have been calling out for over years. The stories of Shiro and the characters of the new exciting upcoming feature are needed not only to serve as a warning to the impressionable minds of the city but a tool in which to show them that somebody understands. That there is a different path to take. It doesn’t hurt that they’re just so entertaining to watch either does it?

‘Blue Story’ hits cinemas today! Props to you, Rapman. Not only for that, but for continuing to drive the culture forward.