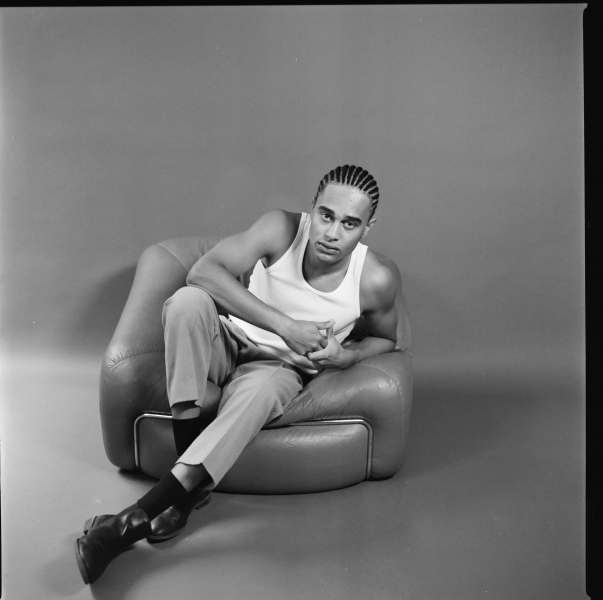 Hendrix Harris is here to deliver fans his brand new 5-track project which he has titled 'Horus'.

Following his standout releases ‘Jeez’ and ‘Locked’ earlier this year, rising artist Hendrix Harris delivers a stunning five-track EP titled ‘Horus’. This comes after his most recent single ‘The Hill’ features on the official FIFA 2022 soundtrack alongside the likes of Little Simz and Pa Salieu.

Half-French, half-English of Jamaican heritage, Hendrix has made his name as a compelling, uniquely textured artist and Horus emerges as a nod to his musical influences - each track bringing soulful R&B melodies together with bass-driven trap instrumentals, carefully placed between layers of funk and hip-hop style elements. Horus provides a vivid glimpse into Hendrix’s world, with narratives of broken romances, seductive encounters and jealousy-fuelled betrayals.

One of the most excitingly versatile talents coming through this year, Hendrix’s rich variety of sounds continues to captivate fans and tastemakers alike - Horus shows just why Hendrix Harris is one of the most exciting artists coming through this year. With influences from the likes of James Blake and Thom Yorke, his music is an incredible fusion of sounds and genres and has gained himself a lot of attraction from people like Complex, Wonderland, Clash and Colors.

Soundtracking the midnight hour, focus track ‘Brother’ is a showcase of Hendrix Harris's talent as it shows his unique style of rapping, along with his slick vocal ability and the pair compliment each other perfectly on the track. The music video for 'Brother' - directed by Lauren Luxenburg - is out now and shows everything that Harris is about with the range of different shots and different backdrops.

Hendrix Harris' new EP is available to stream on Apple Music and Spotify now, go and check it out, you are bound to find yourself a new artist for your playlist if you have not heard his music already.