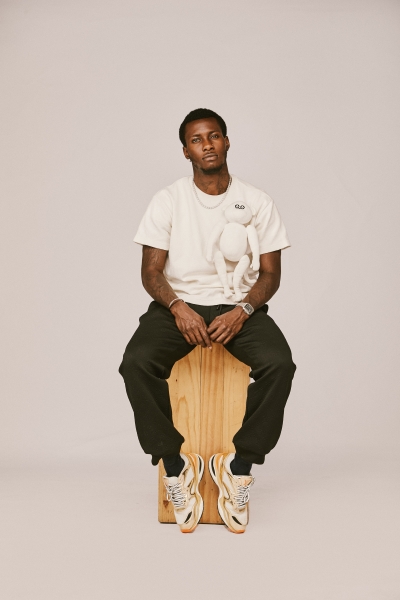 The album sums up a daily reflection of sex, lust and love as Savage recognises love is an ever-changing factor. He explores lust in songs like “Unbutton ” as he suggestively adores a woman’s body against the percussive afrobeats backdrop. “Pariwo” sees Savage jump on the sonic 808s offering a slightly different sound yet again. The afro-swing sizzler “Mana Gyalis” enlists UK hard-hitters Kojo Funds and Kida Kudz while African hip hop heavyweights Khaligraph Jones and Emtee feature on enigmatic rap number “Daddy”.In Utopia, Savage explores a vast sound palate blending sweet and upbeat music with mid-tempo grooves for the dancefloor.

The album comes following the release of the single “Confident”, featuring huge upcoming artist Buju - who featured on Dave's track 'Lazarus' - and “Rosemary” featuring Victony. The 10 track album transcends Afro-Fusion and Rap inspiring racy thoughts while touching an Afro-Pop dance-driven spirit. Over the past few months, Savage has proven to be one of the leaders of the new school. He has been played a key role in the building of Nigeria's afrobeat scene for the new crop of talent, which has become a mainstream force to be reckoned with. He has accumulated millions of streams, millions of online followers, with his two debut, releases Confident & Rosemary.

As his profile and persona has grown to levels of stardom not traditionally reserved for new artists, the clamouring for a debut project has been intense and now he is ready to deliver. Ready to set himself even further apart as the architect of the sound dominating the Nigerian music scene, the release of his debut album Utopia is set to show the wide array of sounds under this genre, and his mastery of them all.

The album is available to stream now on Spotify and Apple Music right now, so check it out and see what you think.