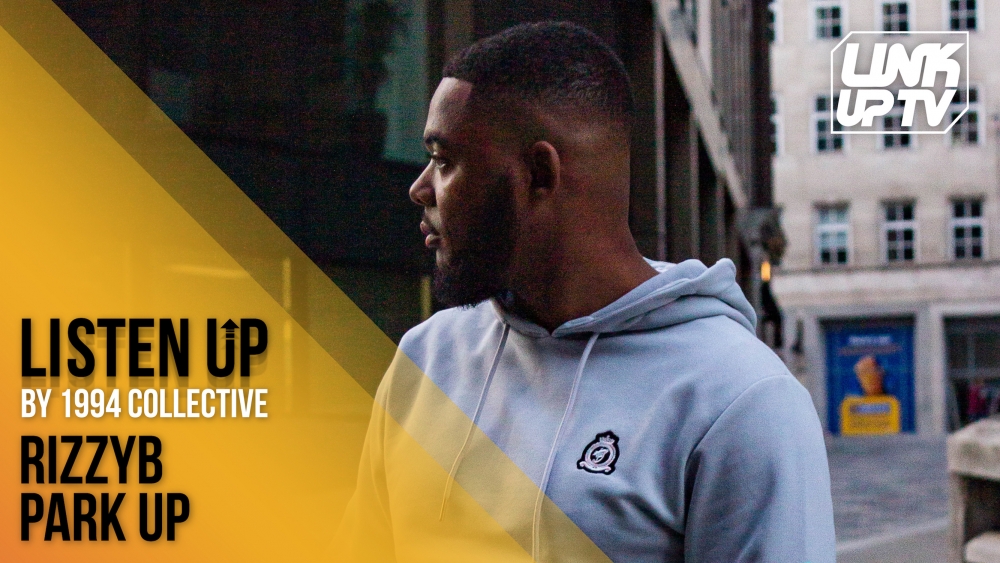 Versatile artist RizzyB has been pushing to prove critics dubbing him “one to watch” right in recent times, showing no signs of slowing down as he releases his latest track 'Park Up'.

You just dropped ‘Park Up’ which is the follow-up to ‘Weh Ya Deh’ - how did the track come to be?

You also released a freestyle and a 'Behind The Scenes' visualiser to accompany the track - tell us more about the concept behind it?

The 'Free Spirit Freestyle' was also written around the time I wrote 'Park Up' and I included it because it definitely shows off my versatility. Of course I love to make great music that people want to listen to, but I firmly believe I can really rap with the best of them, so I never hesitate to marry the two up. For the 'Park Up' behind the scenes, I had a photoshoot for the press shots and the artwork, but due to personal circumstances I wasn’t able to deliver a full music video like I normally do for all my singles. So we decided to just go to the city and did what we did - we all had a ball. Everybody was expressing their natural gifts - the photographer Keanu took some amazing pictures, Tan Wright on direction, the beautiful DKabs looking amazing and of course me shelling on the beat. I think the authenticity really shines through - only real music is gonna last….all that other bulls**t is here today and gone tomorrow.

"Anatural" is a term you coined yourself - can you explain what it means?

I believe that everybody has their “true self” - true thoughts, desires… these things can be based on environment, genetics, upbringing and many other things. The key is that feeling of knowing, when you know yourself then it’s most definitely “natural”. When other people see this they recognise it and they then refer to you as “a natural” at whatever you are choosing to put your hand to at the time. For me, I try and live my life like this, gravitating and moving through the world being and doing what is natural to me. This philosophy when applied to music contributes to my sound - I’ve incorporated all the different elements of me, Caribbean heritage, heavy R&B influences, as well as that real raw yet refined rap that you get from the juxtaposition of growing up in London. That’s my “Anatural” sound.

What’s your favourite part of the creative process?

Definitely recording - having an idea musically and bringing it to life, then being able to enjoy that idea over and over again…top tier stuff.

And what’s something you struggle with creatively?

If I’m completely honest, I don’t think creatively I struggle. I always have many ideas but bringing them to life is where I can require some help. I’m so grateful to everyone who contributes to that, more than they even know.

If you could shout out one artist who has helped you on your own music journey, who would it be?

Oh definitely Drake. Everyone always feels like they “discovered” an artist first but being in Jamaica, where they have that close connection to America, my Dad showed me Drake songs from a really early age and I came back to England raving and hyping about my new favourite artist and one of the mixtapes that he had. It’s safe to say all that singing and vulnerability didn’t go down well in the UK at the time, but being able to follow and watch his rise to the top regardless has been so inspirational.

Did you always know that you wanted to pursue music?

No, I actually wanted to do several other things. I always did well academically, so I wanted to be a lawyer or an author. However, coming from the area I grew up in, life has a funny way of pushing you down paths that you otherwise might have not taken. In spite of these other ambitions, one thing that was clear from the beginning was my love of music and also my ability. I used to copy out song lyrics on to paper and perform them when I was younger. Then as I got older, I would freestyle for the mandem and they would encourage me to pursue music seriously which for a long time I didn’t. One day I was recording in the studio and the penny dropped. I haven’t looked back since.

How do you see yourself evolving as an artist over the next year?

I see myself performing - more live shows now that the worst of Covid is behind us hopefully. I also anticipate that I will start to grow a bigger, natural and organic fanbase. Mostly I hope to just enjoy the journey, the progression and give people music they can grow from and love.

What can we expect from RizzyB in the near future?

Well I just dropped 'Park Up', available now on all digital platforms. I also have another single I want to release before the end of the year called 'When You Call', so look out for that one. I will be really showcasing my lyrical ability with a lot of freestyles as well - Winter is when I usually get the pen sharp! In 2022 I’m ready to go with two big singles so it’s pretty much non-stop!